Grammy-nominated band CODE ORANGE has announced "Under The Skin", a brand-new livestream event, which follows the empty-venue record-release show livestream "Last Ones Left: In Fear Of The End". Set to broadcast live via CODE ORANGE's Twitch channel on July 30, "Under The Skin" will see CODE ORANGE delivering a full-band, stripped-down-and-reimagined presentation of tracks spanning the band's entire catalogue. Conceptually akin to classic "MTV Unplugged" performances, but with nightmarish digital twists and turns, "Under The Skin" will broadcast live from The Theatre Factory in Pittsburgh, Pennsylvania. The band teased the announcement with an animated video piece last night following their bi-weekly Twitch livestream series "You And You Alone". Exclusive merch along with a new limited-edition vinyl pressing of CODE ORANGE's new LP, "Underneath", will be available during the livestream event via CODE ORANGE's webstore.

Earlier this year, CODE ORANGE's hour-long livestream "Last Ones Left: In Fear Of The End" saw the band delivering a powerful performance interspersed with cinematic imagery to nearly 13,000 concurrent viewers, with it quickly trending Top 15 on Twitter in the United States.

"Underneath" was released in March via Roadrunner Records. Produced by Morgan and Nick Raskulinecz with co-producer Will Yip, the LP features additional programming from Chris Vrenna, and was mixed by Yip and CODE ORANGE's own Eric "Shade" Balderose.

Last summer, CODE ORANGE made headlines in the professional wrestling world with the release of "Let Me In", their official entrance theme for WWE superstar "The Fiend" Bray Wyatt. CODE ORANGE previously featured at WWE's NXT TakeOver: Brooklyn III performing a rendition of wrestler Aleister Black's entrance theme alongside Incendiary's Brendan Garrone. "Let Me In" followed CODE ORANGE's 2018 release of "The Hurt Will Go On", a digital EP featuring "3 Knives" and "The Hunt" featuring Corey Taylor, as well as "The Hurt Will Go On" (Shade Remix), an official remix of CODE ORANGE's "Hurt Goes On" helmed by the band's guitarist and vocalist Shade. More recently, CODE ORANGE collaborated with a wide array of artists, co-producing Injury Reserve's "HPNGC" featuring JPEGMAFIA, as well as serving up a pair of remixes for alt-J's "Hit Me Like That Snare" and "Adeline". 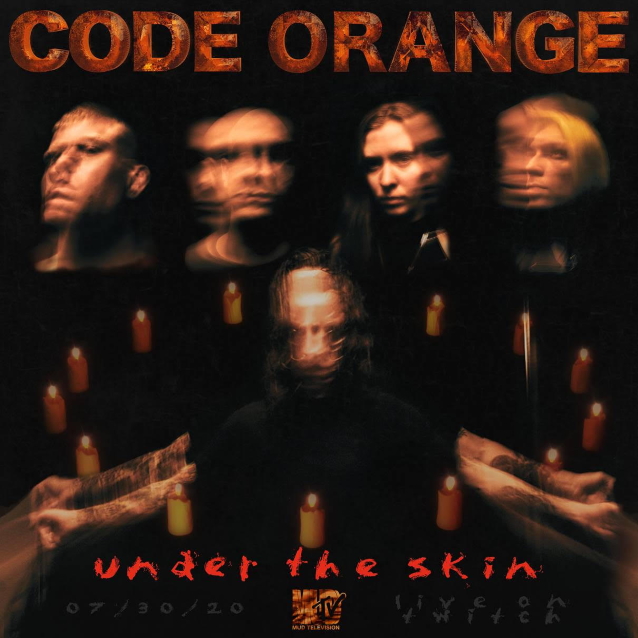