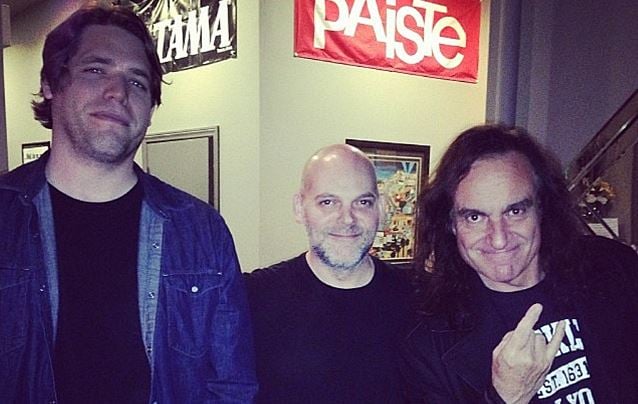 CLUTCH singer Neil Fallon has joined forces with former BLACK SABBATH and HEAVEN & HELL drummer Vinny Appice in a new project called DUNSMUIR. The group, whose lineup is completed by guitarist Dave Bone (THE COMPANY BAND) and bassist Brad Davis (FU MANCHU), has been in the works since at least 2013.

Davis described DUNSMUIR in a 2014 interview as "an old-school metal kind of thing."

Note: Fallon does not appear in the DUNSMUIR photo above