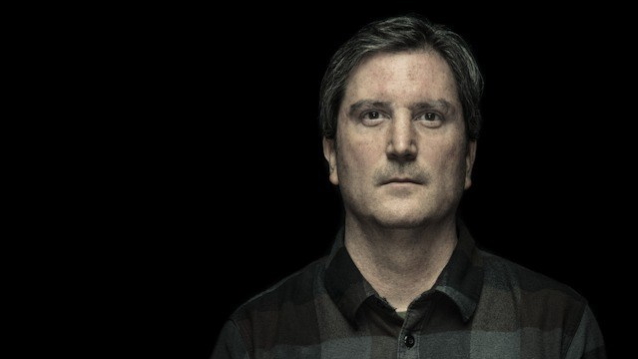 Since 2008's "Full Fathom Five" live LP, all of CLUTCH's albums have been issued via the group's own label, Weathermaker Music. Asked in a new interview with GoetiaMedia.com why the Maryland rockers haven't worked with an outside record label in more than a decade, bassist Dan Maines said (hear audio below): "We don't do it, because it's easier. It was really just a result of necessity when we started it. When we first started as a band, we were picked up by a major label [very quickly]. Our 'Transnational [Speedway League]' came out in '93. We were still trying to figure out what was going and how the music business works. And I think as a result of that particular time, the major labels were sweeping up so many unheard-of bands in hopes that one of 'em would strike gold. And we were just one of those many, many bands that signed to record labels in the '90s. The labels just weren't really satisfied with how the sales were going, and [the bands] would get dropped. And after that happened to us a few times, we were, like, 'Enough's enough.'"

Maines also addressed the fact that most of CLUTCH's fans listen to the band's music on streaming services like Spotify and Apple Music and are no longer interested in owning the physical product.

"I think that is the nature of the business that we exist in now — is that fewer and fewer people are actually buying physical music, whether it's CDs of vinyl," he said. "And it's up to us as a band to make our music available to people in formats that they choose to listen to. By all means, if you're somebody who just carries around your phone all the time and listens to music that way, no criticism from me on that end; I wanna make sure that you can listen to our music. But as a music fan, I appreciate the physical product, especially vinyl. It just sounds better… I'm part of an older generation too — we grew up on cassettes — so I'm coming at it from a different headspace than your average 20-year-old. But facts are facts — it sounds better on vinyl."

CLUTCH recently released a David Brodsky-directed video for its cover version of ZZ TOP's "Precious And Grace". The track, along with CLUTCH's previously issued rendition of the Willie Dixon 1950s classic "Evil" (later recorded by CACTUS), will be included on a collection of newly recorded songs, "Weathermaker Vault Series", to be made available this summer.