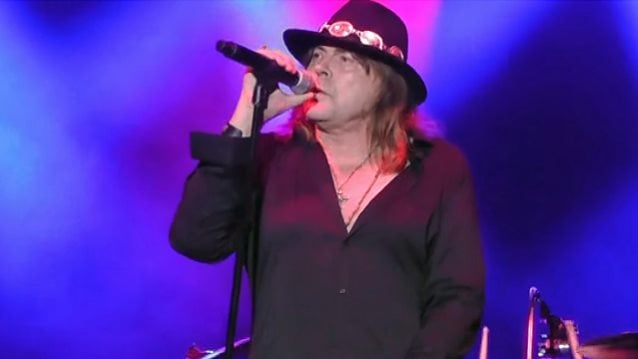 The classic lineup of DOKKEN will play its only U.S. reunion show on September 30 at Badlands Pawn Guns Gold And Rock 'N' Roll in Sioux Falls, South Dakota. The concert will be a warm-up gig for the band's six-show Japanese run dubbed "Unleashed In The East".

Singer Don Dokken, guitarist George Lynch, bassist Jeff Pilson and drummer "Wild" Mick Brown will launch the Japanese tour on October 5 in Osaka, before heading to Fukuoka, Tokyo for an appearance at the Loud Park festival and continuing on to Hiroshima, Aichi and finally, back to Tokyo for the final show on October 12.

Tickets for this once-in-a-lifetime event, as well as VIP-package experiences, will be on sale beginning August 27. This will be the one and only opportunity for fans to see the classic lineup play its iconic hits.

"Unleashed In The East" tour dates:

Don Dokken recently spoke to "The Classic Metal Show" about how the long-rumored DOKKEN reunion finally came to fruition. He said: "Years and years ago, I made a comment offhandedly, like, 'You wanna do a reunion tour? I'll do it for this amount of money. "It was like a one and a lot of zeros. And that was my price, and everybody said, 'You're crazy.' And I said, 'Well, that's my price, and I'm not gonna do it [for anything less].' And now, fifteen years later, somebody came up with that price. So I approached George and Jeff, and I said, 'You guys wanna make a shitload of money for about one week of work?' And I told them the price, and I told them how much I wanted and how much they'd make, and, basically, they could make more money in one week than they'd probably make in several years. And so everybody said, 'Okay.' So I said, 'Well, I'll do it on the condition that I don't wanna do it in America or Europe or anywhere else. Just six shows in Japan.' 'Cause we were very big in Japan, and it's just a… It's a reunion tour. So they agreed." 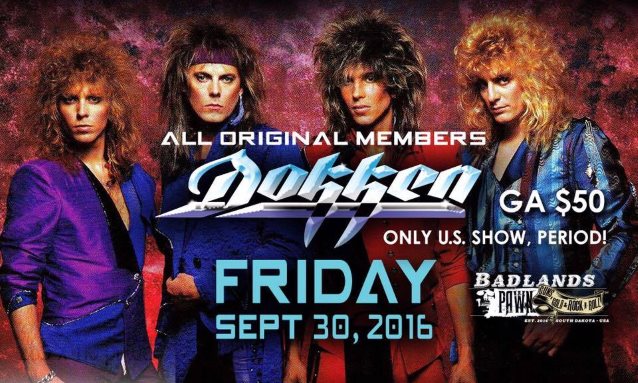