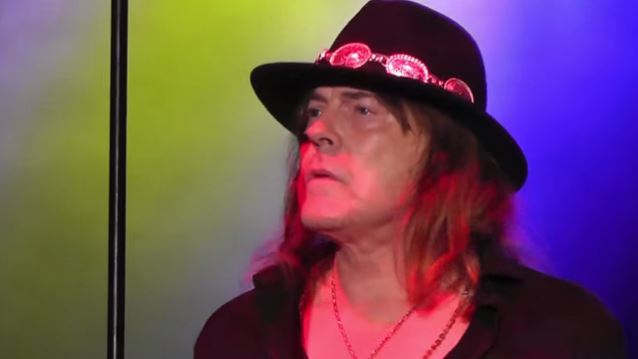 DOKKEN mainman Don Dokken says that a resurrection of the band's classic lineup is "not happening" despite former DOKKEN guitarist George Lynch's recent suggestion to the contrary.

During a September 28 appearance on Trunk's SiriusXM satellite radio show, "Eddie Trunk Live", Don confirmed that there have been talks about a reunion with Lynch, bassist Jeff Pilson and drummer Mick Brown, but claimed that scheduling conflicts with Pilson's main band, FOREIGNER, have thrown those plans out.

"I talked to George about the DOKKEN reunion," Don said. "It's been going on for two years. We were all up for it. But Jeff is busy with FOREIGNER until 2018. And he said, 'Well, let's do it in 2018.' By then, ISIS might be running this country. So it's off the books. It's not happening."

Lynch recently told Glide Magazine about the possibility of a DOKKEN reunion: "Of course, that comes and goes every couple of years [laughs], so who knows. But we're talking again about that."

All the members of DOKKEN's classic 1980s lineup reunited on stage for the first time in more than a decade on November 29, 2009 at the House of Blues in Anaheim, California. Don Dokken appeared on stage and said he had some friends he wanted to introduce. Pilson and Lynch joined Mick Brown (drums) for a two-song encore of "When Heaven Comes Down" and "In My Dreams".