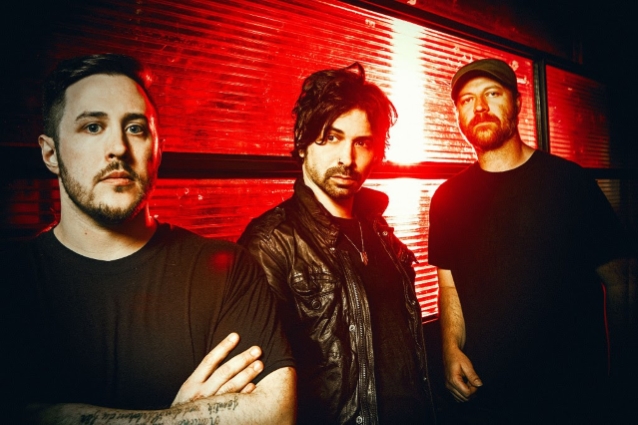 CKY has released a cover of the GG Allin classic "Bite It You Scum". The song is taken from the band's vinyl-only EP "Too Precious To Kill", which will be released in stores on Black Friday, November 23 (Record Store Day).

"Nobody knows fucking GG Allin!" says CKY frontman and guitarist Chad I Ginsburg. "CKY will kill you!!!…with this relentless and quite vicious studio version of this classic punk rock song. It has been a longtime staple in the CKY live show and highly requested for over a decade! Here it is in studio quality, only available as part of our Record Store Day exclusive. Crank it up and take a shit on someone!"

CKY will make a hometown in-store appearance at Creep Records in West Chester, Pennsylvania at 2 p.m. EST on November 23, with none other than Phil Margera participating as Santa Claus.

The band is currently wrapping up its North American run of dates with NEKROGOBLIKON.

CKY released "The Phoenix" last year via Entertainment One (eOne). The all-new LP is the first release since the band put out "Carver City" in 2009. The disc was engineered and mixed at Rancho De La Luna, the highly regarded recording studio in Joshua Tree, California.

Chad I Ginsburg, the band's guitarist and singer, steps into the frontman role with charisma, charm, and bravado, confidently delivering a diverse performance as he claims a position that was clearly rightfully his to own. He's joined in enduring partnership and musical and personal chemistry by fellow CKY cofounder Jess Margera, the drummer whose extracurricular work in projects like THE COMPANY BAND (with guys from CLUTCH and FIREBALL MINISTRY) expanded CKY's horizons as much as Ginsburg's solo work has as well. The duo returned to their primary project refreshed and reenergized, with bassist Matt Deis (ex-ALL THAT REMAINS), who first joined CKY in 2005.