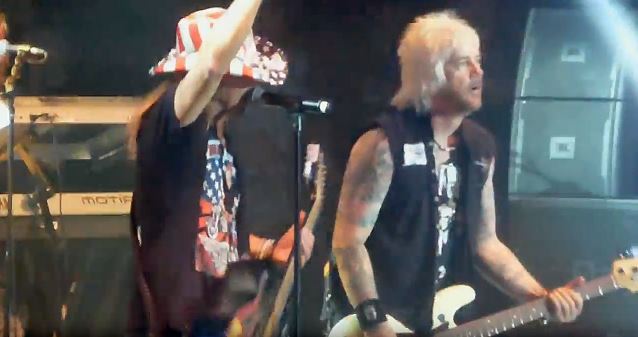 Brittingham made his live debut with Michaels last night (Saturday, April 30) at Harrah's Laughlin Casino & Hotel in Laughlin, Nevada. Fan-filmed video footage of the concert can be seen below.

This is not the first time Eric and Bret have played together. Brittingham temporarily filled in for POISON bassist Bobby Dall on that band's summer 2009 tour with DEF LEPPARD when Dall became sick.

Although CINDERELLA hasn't released a new studio album since 1994's "Still Climbing", the band started playing sporadic shows again in 2010 but appears to be on hold while frontman Tom Keifer focuses on his solo career. Earlier this year, Brittingham told the "Talk Toomey" podcast that he didn't think Keifer was coming back to CINDERELLA.