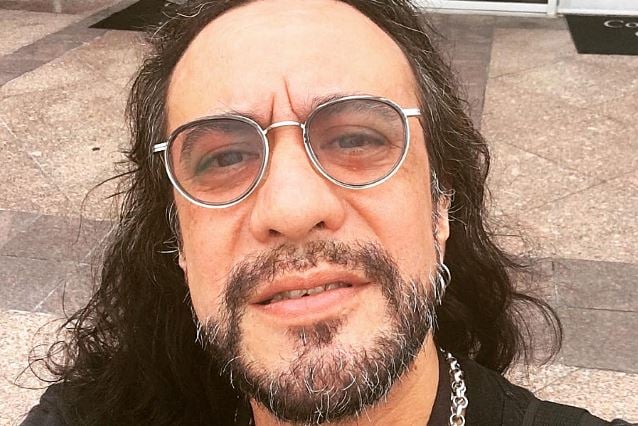 CINDERELLA guitarist Jeff LaBar has died at the age of 58. No cause of death has yet been revealed.

According to Metal Sludge, LaBar's passing was confirmed by his son Sebastian. He wrote on social media: "So i just got the call… Jeff LaBar, my father, my hero, my idol, passed away today. I'm currently at a loss for words. I love you pop!"

Jeff's father, Bob LaBar, also shared the tragic news. "We have been told that our son Jeff LaBar has passed away in Nashville", he wrote on his Facebook page.

TMZ reported that Jeff's friends and family were unable to reach him for the past few days before his wife, Debinique Salazar-LaBar, found him dead Wednesday inside his apartment in Nashville.

Although CINDERELLA hasn't released a new studio album since 1994's "Still Climbing", the band started playing sporadic shows again in 2010 but has been largely inactive for the last few years while frontman Tom Keifer focused on his solo career.

LaBar went on to say that the touring lifestyle "fed [his] appetite for partying… all the way back to the '80s." He explained: "I have a history. It's not just these past issues. I have a history of drinking and cocaine… In the '80s, it was cocaine abuse. In the '90s, it was heroin. I went through every cliché phase that a rock star could go through. It just wasn't highly publicized. I was arrested, I went through rehab, I did all the things MÖTLEY CRÜE did. I just didn't publicize it. I was MÖTLEY CRÜE and GUNS N' ROSES all wrapped into one. As a band, we tried to hide our dirty laundry, and most of our dirty laundry was me. We didn't try to hide it; we just didn't publicize it. We just didn't tell people. 'Oh, yeah, Jeff's in rehab. Jeff's in jail. Jeff's in… whatever.' We just didn't publicize it. We actually kept it to ourselves. It was our family. It was our family business, and that's how we treated it."

Despite the fact that he hadn't spoken to Keifer for a couple of years prior to the "Another FN Podcast With Izzy Presley" interview, LaBar said that he didn't hold a grudge against his longtime friend and bandmate. "I understand why he doesn't return my calls, and I don't blame him," he said. "I understand. And hey, you know, he's been the major talent of CINDERELLA all this time, and he deserves to be solo. Not deserves to be solo, but, you know, it was inevitable for him to go solo. He's just one of those guys — lead singer, main songwriter. It's inevitable that he should go solo and basically dump [laughs], dump the dead weight."

Keifer told RockRevolt Magazine that "some issues" within the band — "going back decades" — had effectively sidelined the group for the past several years. He explained: "We took some pretty extreme measures to right the ship and fix things, and we made a pact as a band in 2012 that we would not do anything as a band until the issues were resolved. That's how much it came to a head. The issues are unresolved, so that's all I can say about that." 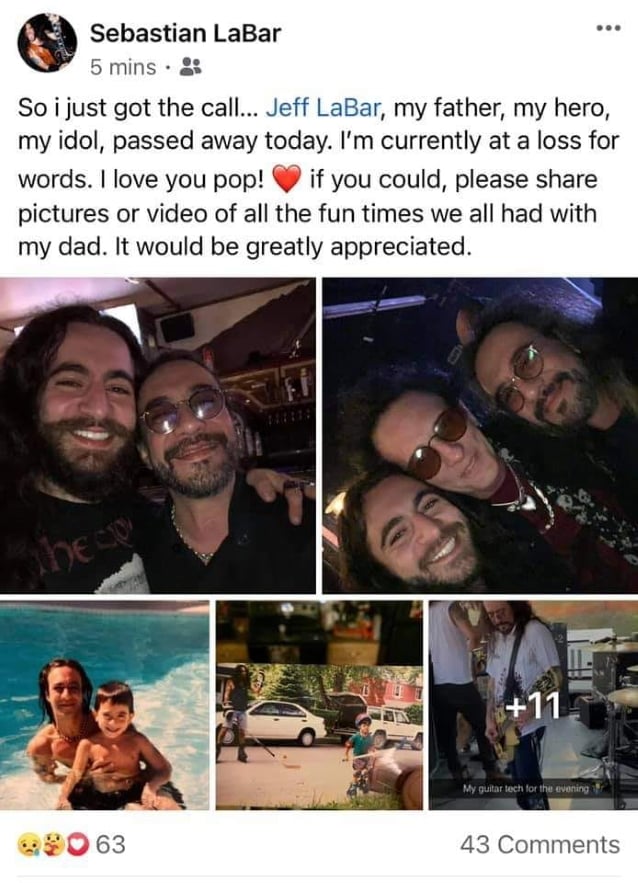 My sincere condolences to his family and friends. Damn.

Rest in peace Brother Jeff Labar. (Bottom left). In the bottom photo, he is on the right as we muster for the inaugural...

Just heard that my pal and Philadelphia Eagles compadre Jeff LaBar passed away today!!! This is a tough one!!!! A great...

In the middle of a TV shoot and on a break and just hearing now of Jeff LaBar passing away. Condolences to his family, friends and fans. Tragic sad news. Great guy who will be missed. RIP.

And here I am...posting something I was hoping to never have to post. My hero, supporter, and friend is gone. It caught...