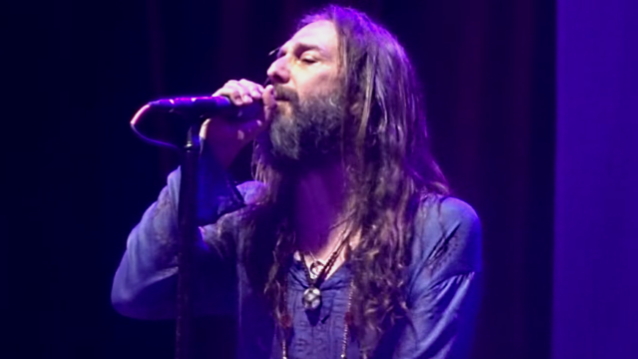 In a brand new interview with Ultimate Classic Rock, THE BLACK CROWES singer Chris Robinson was asked how much of a chance there is that he will tell his story one day in a similar way to THE BLACK CROWES drummer and co-founder Steve Gorman, whose "Hard To Handle: The Life And Death Of The Black Crowes - A Memoir" is scheduled for release next month.

"I don't think there would be anything similar," Chris responded. "I'm a writer. [Laughs] That's what I do. I don't think it would have anything to do with something like that. My life has been the life of, you know, the ideas. I'm the one who put the band together. I'm the one who pointed us in the direction. You know, Rich [Robinson, guitar] and I wrote the songs. I'm the one that lived the life, as well. So to have someone's view from the sideline or someone's view who wasn't at those parties or didn't live that life or didn't create anything is going to be much different than the person's who has."

He continued: "I've been offered; book deals have come and gone. I'm kind of still in the second act, you know what I mean? I'm still 20 years away from even beginning to slow down and put it all together in that sort of term. I think the best rock and roll books or whatever you want to call them are the way Patti Smith [approached hers]. My life, no matter what, has been a dream. That's what I do. So, it would be much different than writing about some stuff that you watched."

"Hard To Handle: The Life And Death Of The Black Crowes - A Memoir" was written by Gorman, along with contributor Steven Hyden. The 368-page hardcover book will be published on September 24 by Da Capo Press.