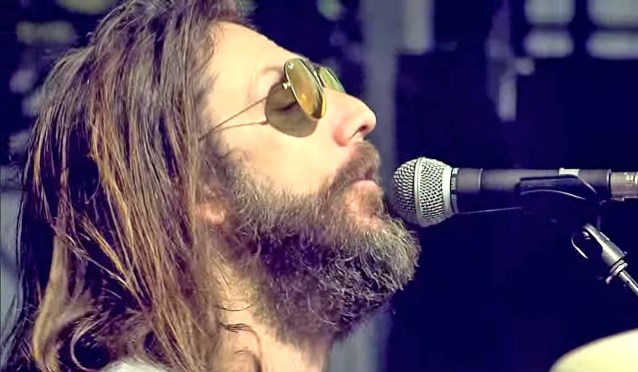 According to The Pulse Of Radio, THE BLACK CROWES frontman Chris Robinson spoke candidly about the end of the band following his brother Rich Robinson's statement that he's left the group. Earlier this month, Rich Robinson released a statement which said in part: "I love my brother and respect his talent but his present demand that I must give up my equal share of the band and that our drummer for 28 years and original partner, Steve Gorman, relinquish 100 percent of his share, reducing him to a salaried employee, is not something I could agree to."

Chris Robinson explained to Billboard.com that he's upset about the split, but content to "keep my personal, private family business personal and private, and I'll focus on all the other things that are important." He continued: "The ideas, I think, are more important than the drama. I have too much stuff going on that's progressive and positive to dig through sordid family history and stuff. I don't think that's interesting at all — maybe in a tabloid kind of culture we live in, but I've never been part of that. I've never dealt with my personal, private life in a public forum, so I'm not going to drag myself though the mire now."

Chris added: "THE BLACK CROWES is so much time and it's so complicated, and then you mix family and whatever that is into it… To me it's just sad and it's disappointing and it's unfortunate that on the 25th anniversary, whether the band is working or not, that it's not about the songs and the good times people had at those concerts."