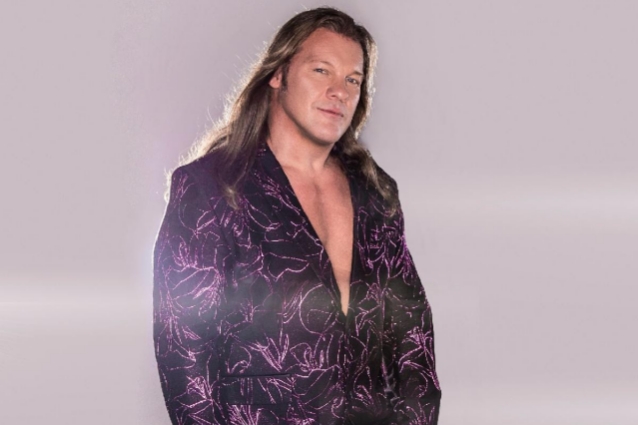 CHRIS JERICHO & THE CHRISTMAS HELVES, led by FOZZY frontman and former WWE wrestling superstar Chris Jericho, have released their cover of THE KINKS' 1977 song "Father Christmas". The track was reportedly written about a department store "Father Christmas" — what Santa Claus is known as in the U.K. — who is attacked by a gang of kids who tell him to give them money instead of toys.

Jericho's version of "Father Christmas" debuted on SiriusXM Octane last week and is now available on all the major streaming services, including Spotify, Amazon Music, Apple Music, YouTube Music, Tidal and Deezer. You can also download the song at iTunes and Google Play. All proceeds are going to Juvenile Diabetes Research Foundation (JDRF).

Said Chris: "I've always wanted to do a Christmas song, as it's guaranteed annual airplay (and if I hear 'Wonderful Christmas Time' one more time, I'm gonna stuff myself down a chimney), so I put together the musical assassins known as 'The Christmas Helves' and banged out this sugarplum version of my favorite KINKS tune! Best part is all proceeds will be donated to JDRF to fight Juvenile Diabetes! So, grab your eggnog and frankincense...whatever the hell that is...and rock out with your Santa sack out!"

Chris is the lead singer of the internationally successful rock band FOZZY, whose seventh album, "Judas", has over 20 million streams on Spotify, while the hit single title track has over 29 million YouTube views, was No. 1 on iTunes charts in eight different countries and spent nine weeks in the top ten on the Active Rock Charts in the USA.

Jericho's acting credits include featured roles in the Kevin Smith films "Kilroy Was Here" and "Jay And Silent Bob Reboot", Comedy Central's hilarious digital series "Nothing To Report", Nickelodeon's "The Thundermans", as well as creating, producing and starring in CBC's critically acclaimed original series "But I'm Chris Jericho", with Season 2 released in December 2017.