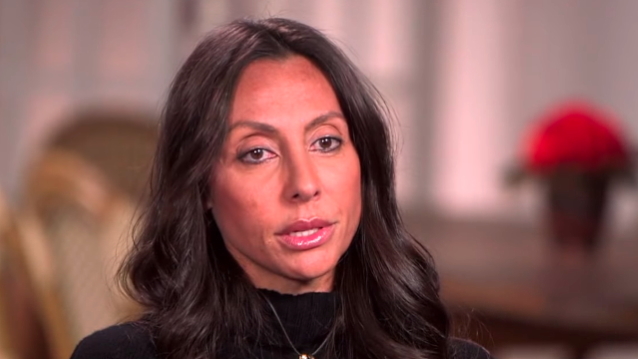 Chris Cornell's widow says that she is disappointed by surviving SOUNDGARDEN members' latest motion in which they denied withholding royalties from her and refuted her claim that she is the sole owner of several recordings Cornell worked on before his death.

The motion, filed Tuesday (February 4), is a response to a lawsuit Vicky Cornell filed last December against her late husband's former bandmates, Kim Thayil, Matt Cameron and Ben Shepherd. In Vicky's suit, she alleged the group owed Cornell's estate hundreds of thousands of dollars in allegedly unpaid royalties and the rights to seven unreleased recordings made before the singer's death in May of 2017.

In their motion, Thayil, Cameron and Shepherd claim that they "don't have possession" of their "own creative work," and allege that "Vicky Cornell has possession of the only existing multi-track recordings of the last SOUNDGARDEN tracks that include Chris Cornell's instrumental parts and vocals. All of the band members jointly worked on these final tracks, Vicky now claims ownership of the final SOUNDGARDEN album." They also insist that all of the bandmembers, not just Cornell, are owed monies, but none of them will be paid until "expenses are paid and the partnership shares of earnings can be calculated and distributed." The motion also takes issue with Vicky's decision to file her lawsuit in Florida, claiming her "domicile" is actually in New York City, not Miami. In addition, Thayil, Cameron and Shepherd claim that Cornell recorded much of his material not in Florida, but in Seattle and New York City and while touring.

Earlier today, Marty Singer, an attorney for Vicky Cornell, issued the following statement in response to SOUNDGARDEN's motion: "We obviously disagree with the band's blatant mischaracterization of events, and stand by the truthful facts set forth in our complaint. It is disappointing that Chris' former band members have now sought to taint his legacy by making numerous false allegations, and that they continue to withhold substantial monies from his widow and minor children (despite using those same funds to pay for their own legal fees). The issue in this case is not who wrote the songs but rather who owns the specific recordings made solely by Chris while he resided in Florida. We are very confident that the Court will vindicate the rights of Chris' Estate, and that the case will properly remain in Florida, where Chris resided and recorded the songs that are now the lawful property of his Estate."

According to Variety, Thayil, Shepard and Cameron recently parted ways with longtime SOUNDGARDEN attorney Peter Paterno and manager Ron Lafitte, who had worked with the band since they reformed in 2010.

Soundgarden vs. Vicky Cornell by JasonNewman on Scribd