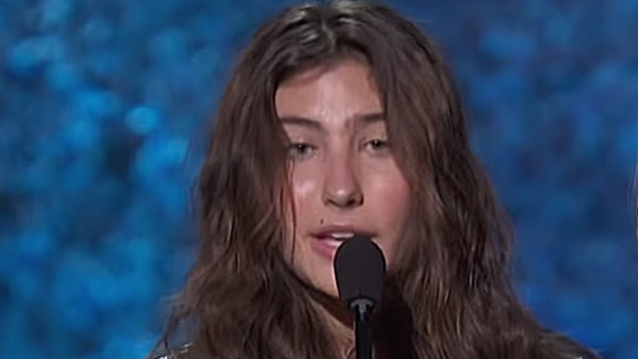 Chris Cornell's 15-year-old daughter Toni Cornell has released a new song called "Far Away Places". According to Rolling Stone, the track was written by Toni when she was 12 years old and it was recorded at Chris's home studio in Miami in February 2017, just three months before the SOUNDGARDEN singer's death. Chris produced the song, which is featured in the short film "Far Away Places".

Proceeds from the track's sale on digital music services will be donated to the New York Society for the Prevention of Cruelty to Children.