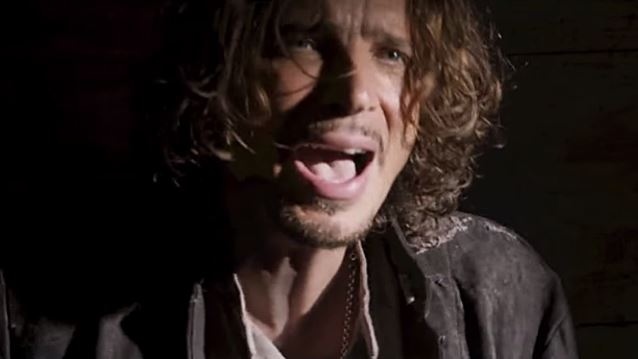 SOUNDGARDEN is continuing to write material for the follow-up to 2012's comeback album, "King Animal". The band started work on a new record last year, but took a break while frontman Chris Cornell toured through the fall in support of his latest solo effort, "Higher Truth". The singer has since resumed his solo tour, telling the Hartford Courant in a new interview: "SOUNDGARDEN is in the middle of writing songs. After this tour, the songs will become real and we'll put an album out.

"There's much more to SOUNDGARDEN," he added. "I get to play with my band and I get to go solo. It's great for me."

SOUNDGARDEN drummer Matt Cameron told The Pulse Of Radio a while back that the band's approach to making music hasn't changed that dramatically since its early days. "We started out very humbly here in the Northwest and I don't think we've ever really gone too far from those sort of ideals, which were, you know, real do-it-yourself, kind of '80s underground ideals," he said. "And it just feels good to lock up in a room together and write music together and play together that is uniquely our own thing."