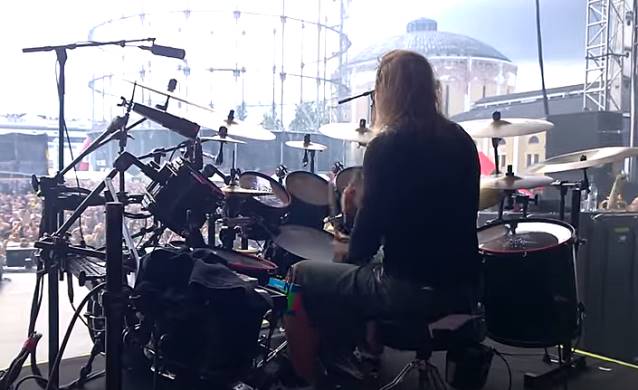 Drum-cam footage of CHILDREN OF BODOM's Jaska Raatikainen performing with his bandmates on June 27 at the Tuska open-air festival in Helsinki, Finland can be seen below.