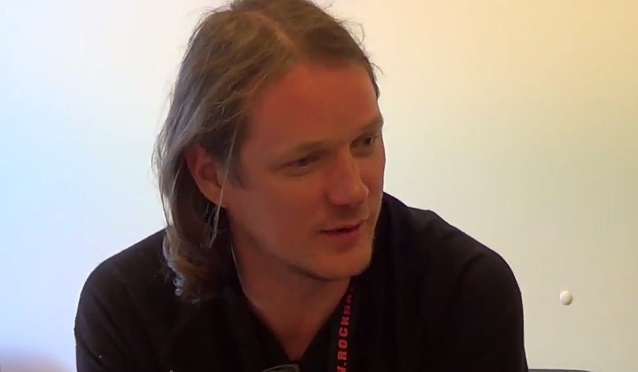 Metal4 conducted an interview with bassist Henkka Seppälä (a.k.a. Henkka T. Blacksmith) of Finnish metallers CHILDREN OF BODOM at this year's Rockharz Open Air festival, which was held July 10-12 in Ballenstedt, Germany. You can now watch the chat below.