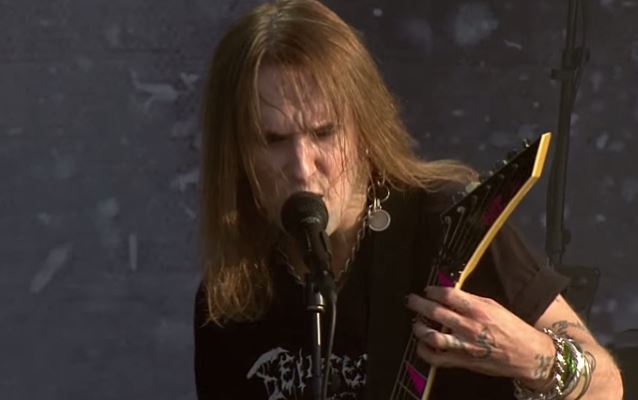 "Halo Of Blood", the latest album from Finnish metallers CHILDREN OF BODOM, has been certified gold in Finland for sales in excess of 10,000 copies. The band was awarded with gold plaques signifying the achievement during the Bodom Xmas Bash show on December 28 at Pakkahuone in Tampere, Finland. Check out a photo from Soundi magazine below.