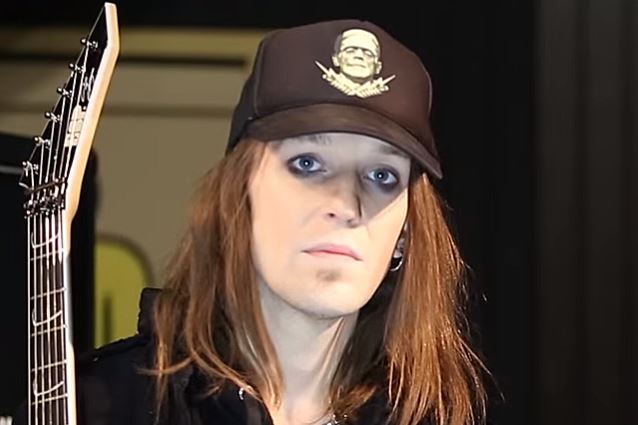 On February 12, Alexi Laiho, frontman and guitarist for Finnish melodic death metal band CHILDREN OF BODOM, took Premier Guitar through his sparse, but powerful, setup before the group's Nashville show at the Exit/In. A combination of ESP guitars, Marshall amps, and a few Boss pedals help create Laiho's lightning-fast leads and bone-rattling rhythms.

Laiho tours with a trio of his signature ESP Custom Shop models. "Greeny" and "Scythe" are both tuned a whole step down from standard and house a single EMG HZ F-H2 passive humbucker and an EMG MM-04 gain boost. The boost is almost always on and is controlled with a simple switch near the volume knob.