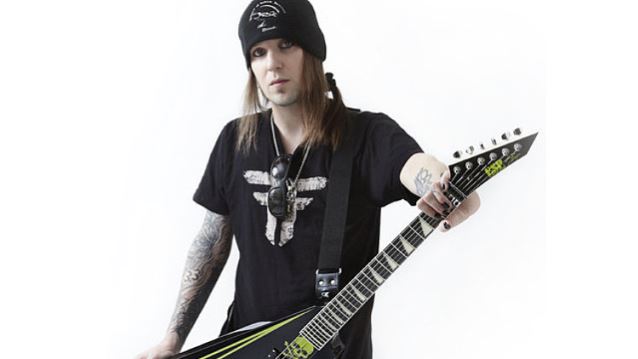 Alexi Laiho of Finnish metallers CHILDREN OF BODOM is turning the Senate Square in Helsinki, Finland into an amazing metal arena. Alexi is composing a commissioned song for the Helsinki Festival, and he is inviting 100 electric guitarists to join him in performing it on the big stage on August 14 at 6:00 p.m.

In the video below, Alexi plays a short riff that he wants to see and hear you play in your audition video. From the auditions, he will pick 100 guitarists to play with him on the Senate Square in Helsinki.

Alexi's core backing band for the performance will consist of the following musicians:

CHILDREN OF BODOM recently entered an as-yet-undisclosed studio to begin recording its ninth album, due later in the year.