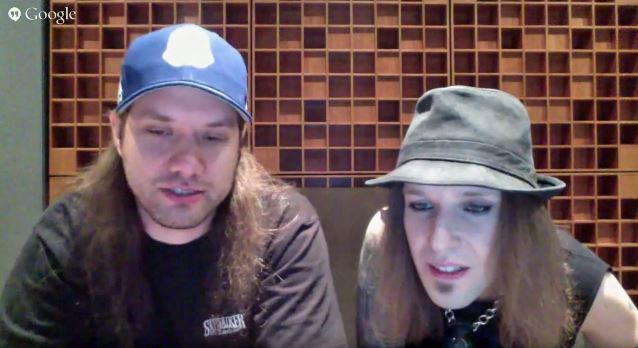 CHILDREN OF BODOM's ninth studio album, "I Worship Chaos", will be released on October 2 via Nuclear Blast. The artwork for the CD was created by Finnish artist Tuomas Korpi and can be seen below.

Comments CHILDREN OF BODOM guitarist/vocalist Alexi Laiho: "To me, it seems like 'I Worship Chaos' has a lot darker vibe in it than the previous albums and so far everyone has told me that the songs are a lot catchier this time, which I'm definitely glad about. To sum it up, it's angry, dark and catchy as fuck. I think it's safe to say 'I Worship Chaos' is CHILDREN OF BODOM reborn even more pissed off."

The song "Morrigan" can be streamed below.

Antti will play with CHILDREN OF BODOM through the end of the year. The group will then decide what to do about the second-guitarist position on a more permanent basis.