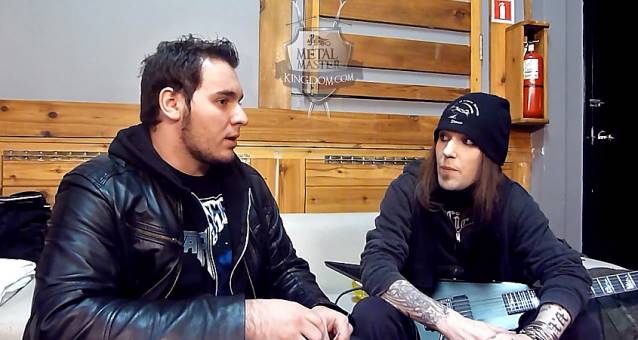 Alex Stojanovic of MetalMasterKingdom.com conducted an interview with guitarist/vocalist Alexi Laiho of Finnish metallers CHILDREN OF BODOM on February 16 at the Sound Academy in Toronto, Ontario, Canada. You can now watch the chat below.