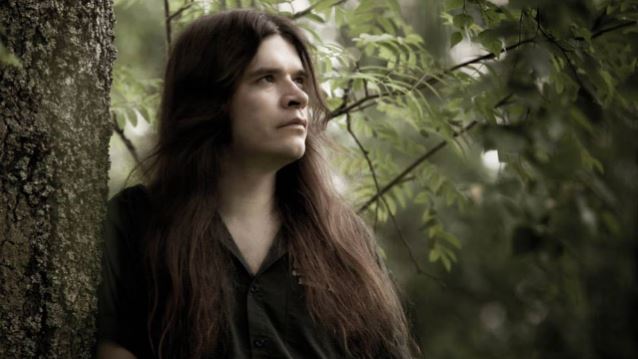 Finnish metallers CHILDREN OF BODOM have recruited Antti Wirman (pictured), the brother of the band's keyboardist Janne Wirman, to handle second-guitar duties for their upcoming shows.

Antti, who has been a member of Janne's band WARMEN since 2001, made his live debut with CHILDREN OF BODOM last night (Saturday, May 30) when the group played a surprise six-song set at Nosturi in Helsinki, Finland.

CHILDREN OF BODOM's first official concert with Antti will take place on Thursday, June 4 at the Sweden Rock Festival in Sölvesborg, Sweden.

CHILDREN OF BODOM last week announced the departure of the band's guitarist of the past decade, Roope Latvala. The band explained in a statement: "As we parted ways with no bad blood, we wish him nothing but the best and thank him for allowing us to share the last twelve years of our lives with him. [We] hope [the fans] know that this will not affect the upcoming shows or the new album as we recorded it as a four-piece and it is already mixed, mastered, heavy as shit and ready to go!"

The band's last studio effort, "Halo Of Blood", was certified gold in Finland for sales in excess of 10,000 copies. The album, which sold 8,400 copies in the United States in its first week of release, was made available in June 2013 in North America via Nuclear Blast.