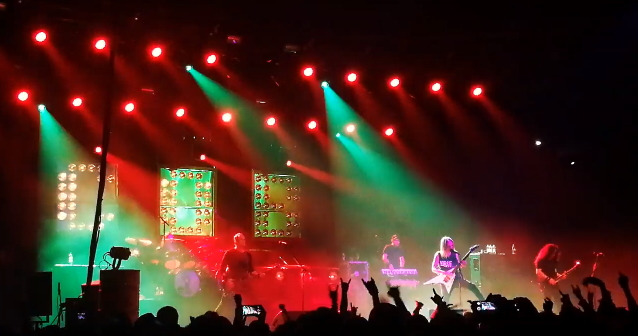 Last month, Raatikainen, Seppälä and Wirman issued a statement saying that they would leave CHILDREN OF BODOM after the Helsinki gig.

"After almost 25 years with BODOM, thousands of shows and 10 albums, it is time for Henkka, Janne and Jaska to step back and change direction within their lives," the group said.

However, according to Finnish music magazine Soundi, it has since been revealed that the rights to the CHILDREN OF BODOM name are held by AA & Sewira Consulting Oy, the company owned by Raatikainen, Seppälä and Wirman. On June 28, the trio filed an application with the National Board of Patents and Registration of Finland, and their application was subsequently granted for a five-year period starting on October 1. As a result, Alexi Laiho, who is CHILDREN OF BODOM's singer, guitarist and main songwriter, isn't authorized to use the band's name without permission from Wirman, Raatikainen and Seppälä.

Laiho admitted to Helsingin Sanomat that there have been tensions in the BODOM camp for quite some time.

Relations within the band apparently got so bad during the Russian tour that it looked as if CHILDREN OF BODOM would break up right there and then. But cooler heads prevailed, and the group decided that the upcoming shows in Finland would be their last with the current formation.

Laiho admitted to Soundi that "it might not be a good idea" legally to continue with the CHILDREN OF BODOM name. "It may be that the name of our new lineup needs to be tweaked a bit in some direction. Or maybe it could be just BODOM or the name of one of our songs. But it must be a name that suggests that it is the same [group]."

A possible loss of the CHILDREN OF BODOM name has not prevented Laiho from putting together a new lineup. He and guitarist Daniel Freyberg have already chosen a new drummer and bassist, whom Laiho described to Soundi as "incredibly talented young guys who look very good on stage." He also said that the new band will likely start gigging next spring. "The new lineup will be a fresher version of the current one," he told Helsingin Sanomat.

For his part, Wirman told Soundi that he would not have anything further to say about BODOM's current status beyond what he and his bandmates already said in their joint statement.

"We will not comment further on this subject at this time," he said. "More information will come once the gigs in Finland have been played."

Alexi said that he has "quite mixed feelings" about the end of CHILDREN OF BODOM's current lineup. "Of course, there is a bit of sadness, since we've been a band for a really long time. We have had more good times than bad times. On the other hand, I also feel relieved. I'm pretty fucking excited that I get to play with the new guys. The thrill of playing with a new lineup seems to quell the sadness." 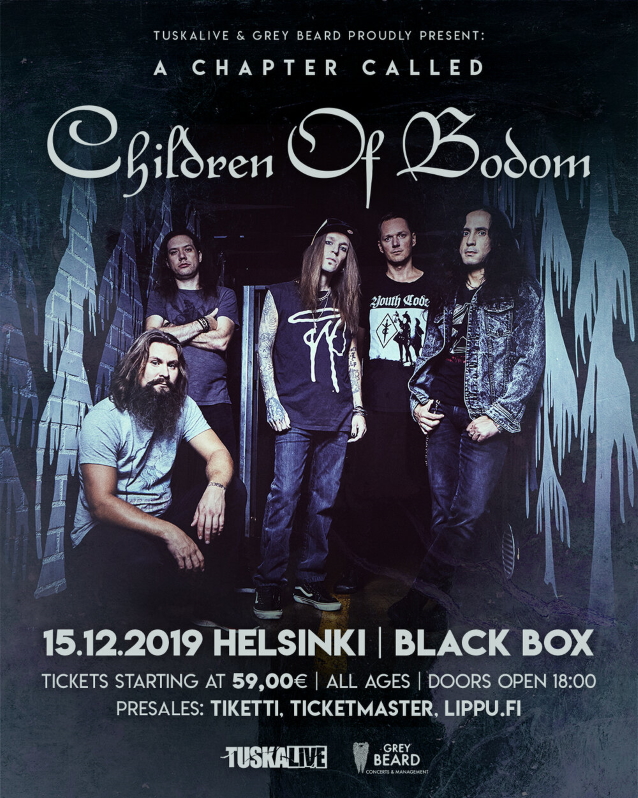