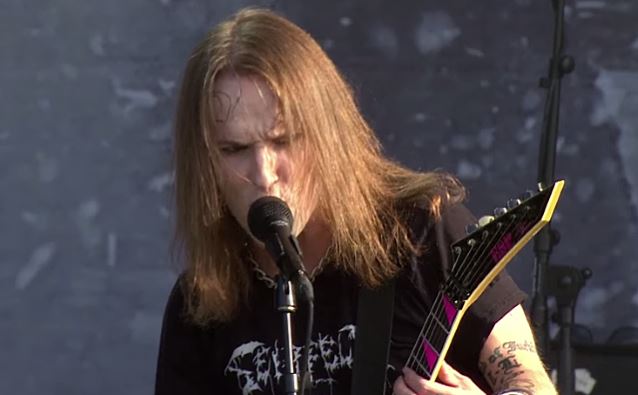 Finnish metallers CHILDREN OF BODOM have entered an as-yet-undisclosed studio to begin recording their ninth album, due later in the year. A picture of drummer Jaska Raatikainen laying down his tracks can be seen below.

"Halo Of Blood" was recorded at Danger Johnny Studios in Helsinki. For the recording of the LP, CHILDREN OF BODOM teamed up with recording engineer Mikko Karmila, who worked with the band on their fan-favorite albums "Hatebreeder", "Follow The Reaper" and "Hate Crew Deathroll", as well as Swedish producer Peter Tägtgren (MARDUK, AMON AMARTH), who oversaw production of both vocals and keyboards on the record. The album was mixed at Finnvox Studios in Helsinki.

Drum recordings for the new album have started! Stay tuned for studio updates!