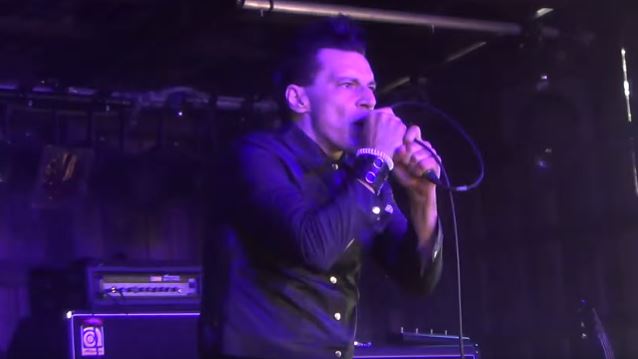 After a two-decade absence from the stage, Chicago thrash metal masters AFTERMATH are back.

Formed in 1985 as a four-piece with the singular purpose of playing faster than anyone before them, AFTERMATH was one of the pioneering bands of the crossover genre with the release of their first demo (1986) and the seminal "Killing The Future" (1987). By 1989, with the addition of a second guitarist the band departed from their crossover roots and released their "Words That Echo Fear" demo. The four-song demo was a dark, complex, technical and progressive thrash metal tour de force. The band inked a deal with Big Chief Records in 1990 and began recording its debut. Unfortunately, the label went bankrupt during the making of the "Eyes Of Tomorrow" record. The result: a delayed release of nearly four years. By the time "Eyes Of Tomorrow" came out in 1994, the thrash metal scene was dead.

Celebrating its 30th anniversary, AFTERMATH is reissuing "Eyes Of Tomorrow" on Shadow Kingdom Records. The remastered version by Paul Logus (PANTERA, STONE SOUR, SATYRICON, STEEL PANTHER) along with an expanded booklet and revised cover treatment is scheduled for release this September.

"The record, sonically, is massive compared to the previous versions," states vocalist Kyriakos "Charlie" Tsiolis. In addition to this reissue, the band hooked up with Divebomb Records to release the group's first demo and "Killing The Future" on CD. Once again recruiting Paul Logus to remaster "Killing The Future" (2015), this version celebrates the band's roots and brings these early crossover classics to a new generation.

"During the past several years the thought of reuniting crossed my mind, but it wasn't until we received an offer to play Headbangers Open Air (HOA) and the reissue of 'Eyes Of Tomorrow' became real that I called the other guys," explains Tsiolis. They agreed to only reunite if the energy was there and the songs sounded as good as they did back in the day. Two minutes into their first rehearsal, they knew it felt right.

Having played its first show this past May as part of Ragnarokkr Metal Apocalypse in Chicago and just coming off its electrifying performance as part of the Headbangers Open Air festival in Germany on July 24, AFTERMATH is back.

A clip of the Headbangers Open Air performance can be seen below.