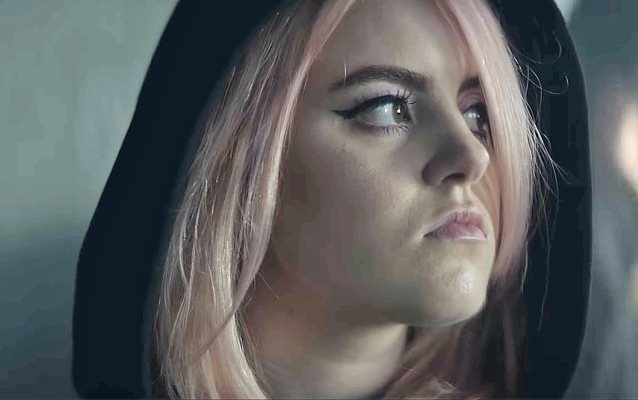 Kiiara performed the first few songs of her gig at the festival's indoor Parlor Stage on Sunday before addressing the LINKIN PARK singer's passing.

"It's been… a pretty rough week," she began. "I don't know what to say and there's nothing really to say to make it better, but these next two songs are for Chester." She then sat down as "Battle Symphony", a track off LINKIN PARK's latest album, "One More Light", played.

Soon after, "Heavy" began to play — its video airing in the background — with Bennington's recorded vocals, and Kiiara and her band filling in their parts live.

When it ended, Kiiara offered a simple, "Thank you, New York," and left the stage.

Kiiara last week wrote an emotional note to Bennington, saying that she could not stop crying every time she was reminded that he was "no longer here." The 22-year-old singer added: "Chester, you brought an energy to every room and somehow made every moment, no matter what it was, seem carefree. You brought this lightness with you. There was never a dull moment. You'd find a way to make everyone laugh. Like that day in rehearsals, you sang 'Heavy' in pretty much every accent I can think of."

"Heavy" was the first single from "One More Light", which came out in May. The track featured Kiiara trading verses with Bennington over what was described by Rolling Stone magazine as "a sparse but nimble pop groove of swirling synths and rapt percussion."

"One More Light" featured a major shift in direction toward a pop sound from a band which had previously been known for harder music.

Bennington was found dead in his home in Palos Verdes, California by one of his employees on July 20. A Los Angeles County coroner confirmed that the cause of death was "suicide by hanging."