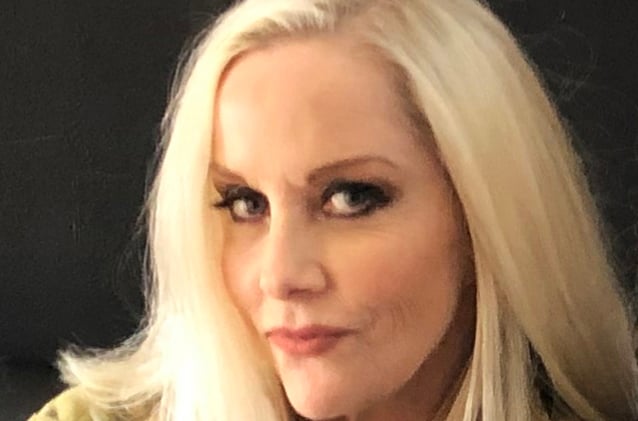 Former THE RUNAWAYS singer Cherie Currie recently spoke to "Rock Talk With Mitch Lafon" about the band's classic song "Cherry Bomb", which was written by RUNAWAYS manager Kim Fowley and guitarist Joan Jett for the group's self-titled debut album. The title is a play on Cherie's name, who was just 16 when this song was released. According to Songfacts, "cherry bomb" is a small explosive device popular with kids, but in the context of this song, it means an underage girl who is lots of trouble — in this case taunting her parents and other adults with suggestions of promiscuity and bad behavior.

Cherie said: "'Cherry Bomb' never would have been written had I picked a different Suzi Quatro song to do my audition with. I picked 'Fever', Suzi Quatro's version, to audition for THE RUNAWAYS. Of course, the girls were not happy with that. And Kim Fowley, I spent a lot of the last days of his life — I moved him into my house when he was dying of cancer. And Kim was a songwriter like no one I've ever known. He brought Joan into the house. And knowing Kim and how he writes — that flowed right out of his mouth, all the lyrics that he came up with for 'Cherry Bomb'. And he wrote it for me, to audition. That's what he felt when he saw me. So I think had I not walked into the picture, that song never would have been written. And for that to be the very first song I ever recorded with the band is super cool. And the corset — I realized wearing a corset for that song was going to propel the song forward, which it did.

"I was just about to turn 16 when I recorded that song, and I'm just very grateful," she continued. "I'm grateful for everything that's happened in my life, good and bad, because I appreciate everything so much today.

"If I could talk to that girl at 15 years old, that scared girl that was so intimidated and frightened, that, 'Hey, you know what? This is really gonna be okay. You're gonna have a great life. And you're lucky.' And that's the way I feel."

The first true girl band of the 1970s, THE RUNAWAYS — which also featured Lita Ford, Jackie Fox and Sandy West — toured internationally and made a dent in the charts before calling it quits at the end of that decade.

Currie told the "White Line Fever" podcast in 2016 that RUNAWAYS came close to reuniting more than two decades ago, only for Lita to pull the plug on it because "NIRVANA was just kicking in, and it was really bad timing; it wouldn't have worked," Ford later said. "People would have just turned their nose up at it."

Currie recently joined forces with Brie Darling to record their debut album, "The Motivator". Due on August 2 via Blue Élan Records, the disc was produced by the six-time Grammy nominee Dave Darling (BRIAN SETZER, STRAY CATS, JANIVA MAGNESS, TOM WAITS) and features nine classic covers by artists including T. REX, THE ROLLING STONES, Stevie Wonder and John Lennon, plus three originals, "Too Bruised", "I'm Too Good, That's Just Too Bad" and "This Is Our Time".