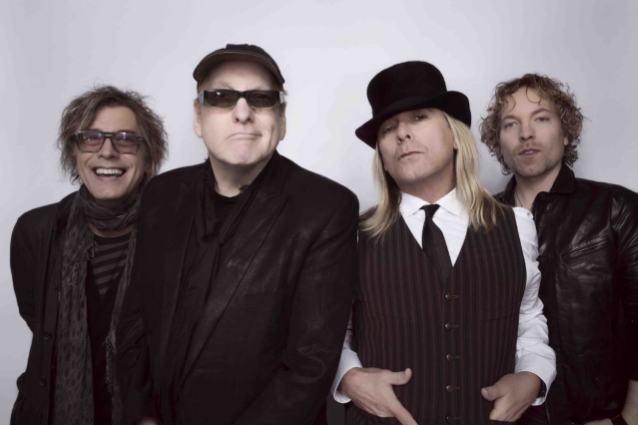 CHEAP TRICK will team up with Rod Stewart for a North American tour this summer. According to Rolling Stone, the 21-date trek — which features Stewart as the headliner and CHEAP TRICK as the "special guest" — will launch on July 21 in Cleveland, Ohio and end on September 5 in Chicago, Illinois.

Tickets for most shows go on sale Friday, January 10 at 10 a.m. local time via Live Nation.

Back in 2018, CHEAP TRICK released a single called "The Summer Looks Good On You" via Big Machine Records. The band co-produced the song with longtime collaborator Julian Raymond, who also worked on CHEAP TRICK's last three albums, 2016's "Bang, Zoom, Crazy... Hello" and 2017's "We're All Alright!" and "Christmas Christmas".

In 2018, CHEAP TRICK took part in the "Nothin' But A Good Time Tour" with POISON.

The band has released nearly 20 studio records, including three in the past four years. 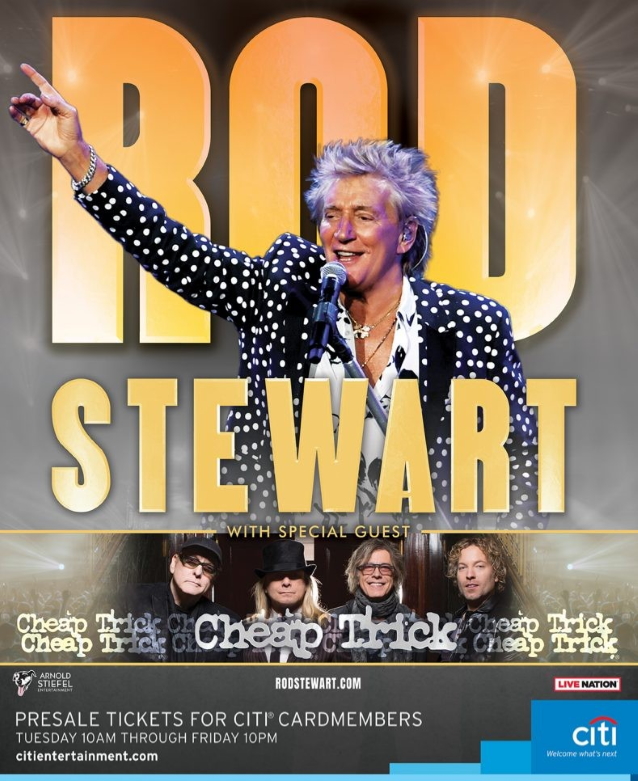