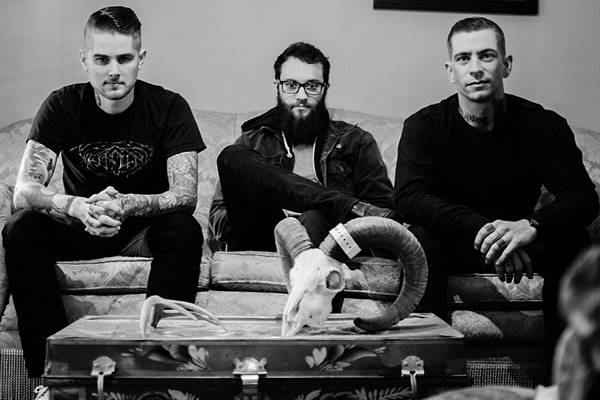 Candlelight Records has announced the signing of the black metal trio CHASMA.

The earliest incarnation known as CHASMA was born in fall 2008 by founding members Ryan Whyte and Aaron Schomaker. The original lineup immediately released a demo on French label Aural Offerings before a year-long hiatus due to the urgency of other musical pursuits involving the members. After an almost two-year break, a two-album deal was struck with American label Moribund Records. In 2011, the band released "Declarations Of The Grand Artificer" and immediately parted ways with the then-guitar player due to drug use issues. In late 2011, the group recruited Brandon Gordon to fill the guitar position, which shortly gave birth to the second full-length given the name "Codex Constellatia". After years of toil and countless stage performances with bands like THOU, ABIGAIL WILLIAMS, FELL VOICES, WOLVES IN THE THRONE ROOM, VATTNET VISKAR, ASH BORER and JUNIUS, the band now joins the ranks of Candlelight Records on their newest full-length creation dubbed "Omega Theorian".

"Having the opportunity to join the Candlelight family is an honor that is beyond description for us as a band and as long time metal fans in general," says CHASMA in a statement.

"This new band/label marriage marks a new, long-anticipated chapter in CHASMA that will give us the opportunity to communicate to our audience on a much wider scale from a very prestigious stage. Our fire burns brighter than ever."