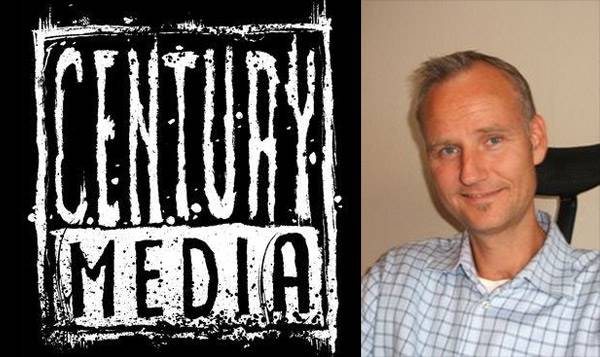 Oliver's wife, Judith, confirmed his passing in an e-mail to family and friends, writing: "As you all know, [Oliver] was a very special person who touched many people's lives in a positive and special way.

"This is a huge loss for all who knew him and it will take some time for us to grieve the passing of such a great person. We will all miss him dearly."

"Century Media has been a force in music for over 25 years under Oliver's leadership with his longtime friend and business partner Robert Kampf," former North American label president Don Robertson told Billboard.com. "It was an honor to work with Oliver for the past four years and develop a friendship."

Kampf founded Century Media in 1988, with Withöft coming onboard roughly a year and a half later.

In a Facebook post, Ula Gehret, who handles business affairs and is a legal consultant at Clandestine Music, called Oliver "my mentor" and added: "I first met Oliver almost 20 years ago in Los Angeles, when they flew me out from Pennsylvania for a weekend trip to interview for a publicity job at the label he co-owned, Century Media Records. He put me up in his flat, showed me around and got to know me, and by the time I left, he offered me the job, and I took it. I flew home, quit my job of 6+ years at Aetna insurance, moved cross-country four weeks later, and my life would never be the same.

"Over, the years, from my living in both Los Angeles and his hometown of Dortmund, Germany, I grew to know him quite well. He had a razor-sharp intellect and keen business acumen, and as a number of people can attest to, he was not someone you wanted to be sitting across from at a negotiating table. After a few years at the label, perhaps because he saw my growing restless with doing publicity work and eagerness to do something new, perhaps because he saw my love for language, he introduced me to how legal contracts worked. He would show me something, let it sink in, and then show me something else. Soon, I was handling the smaller agreements for the label, and later, the larger ones too.

"Partially through his example, at some point I realized that I wanted to be my own boss, and I left the company in 2006 to form the own legal affairs/contractual consulting business that I run today. He was the first to say that he wanted to hire my services to continue to handle the label's licensing deals, something I still do to this day. He had struggled with his health, and eventually succumbed last night. It is no exaggeration to say that without his tutelage and patience, I would not be where I am today, doing something I love, and with principle.

"Although he upset some people over the years, it was never because he lied or cheated. He just drove a very hard bargain, and not just for his own personal gain. The label had about 100 people on the payroll, and even during the leaner years when the industry started to collapse, most owners would have slashed manpower and payroll, sacrificing some sales in order to maximize profit. Instead, he kept as many people on board as possible. Many of those people still at the label have held their job between 10 and 20 years, something practically unheard of in the independent music business.

"My heart goes out to his wife Judith and their three daughters, to his longtime friend and business partner Robert, his parents and the rest of his family. The last time I heard from him, about ten days ago, he told me of his problems and said once he felt better he looked forward to sitting together in a Dortmund corner bar and drinking beer all night. One day, somewhere, I'll take him up on that offer."

A memorial service for Oliver will be held this coming Saturday, January 25 at the Sotogrande Church in Cadiz, Spain.