"The Praying Mantis", the new video from German technical death metal maestros CENTAURUS-A, can be viewed below. Guitarist Maik says: "The clip was shot in two days in the tower of an industrial manufacturing plant. The place, with its raw and peculiar atmosphere, was the perfect spot for it. We are very happy of the result."

"The Praying Mantis" comes off CENTAURUS-A's debut album, "Side Effects Expected", which was just released via Listenable Records. The CD is described as "a collection of rapid and savagely melodic death metal" which was recorded with producer Jacob Hansen (RAUNCHY, INVOCATOR) at Hansen studio in Ribe, Denmark.

CENTAURUS-A got its name from a galaxy. The band says, "It is one of the most interesting and peculiar galaxies in the sky, and is a strong source of radio radiation (therefore the designation Centaurus A); it is actually the nearest radio galaxy. Centaurus A galaxy has swallowed another galaxy similar to ours about 2 billion years ago." 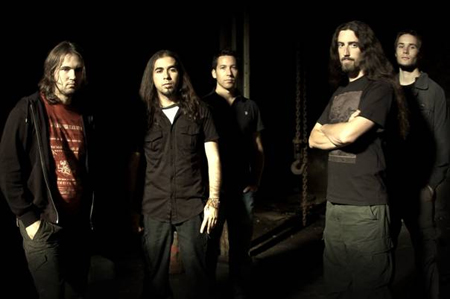