Professionally filmed video footage of CAVALERA CONSPIRACY the new project featuring SEPULTURA founding members Max (guitar, vocals) and Igor Cavalera (drums) alongside SOULFLY guitarist Marc Rizzo performing the song "Sanctuary" earlier today (Sunday, June 1) at the Pinkpop festival in Landgraaf, The Netherlands can be viewed at the web site of VPRO's 3voor12 Dutch national radio. Watch the streaming video at this location (Note: Click on "Concerten" on the right then on "Cavalera Conspiracy - Sanctuary" to view the clip).

As BLABBERMOUTH.NET first reported earlier today, CAVALERA CONSPIRACY has tapped Johny Chow (a.k.a. John Mark Bechtel; FIREBALL MINISTRY, SOULS OF WE, ex-SYSTEMATIC, MY RUIN) to play bass on the group's current European tour. Joe Duplantier of the French progressive death metallers GOJIRA, who laid down all the bass tracks on CAVALERA CONSPIRACY's debut album, "Inflikted", is currently in the studio working on the new GOJIRA CD and is unable to join CAVALERA CONSPIRACY on the road.

Johny Chow played his first show with CAVALERA CONSPIRACY Friday night (May 30) at the Electric Weekend in Madrid, Spain. Photos of the concert are available at this location.

CAVALERA CONSPIRACY will team up with THE DILLINGER ESCAPE PLAN, THROWDOWN, BURY YOUR DEAD and INCITE for a North American tour in July. 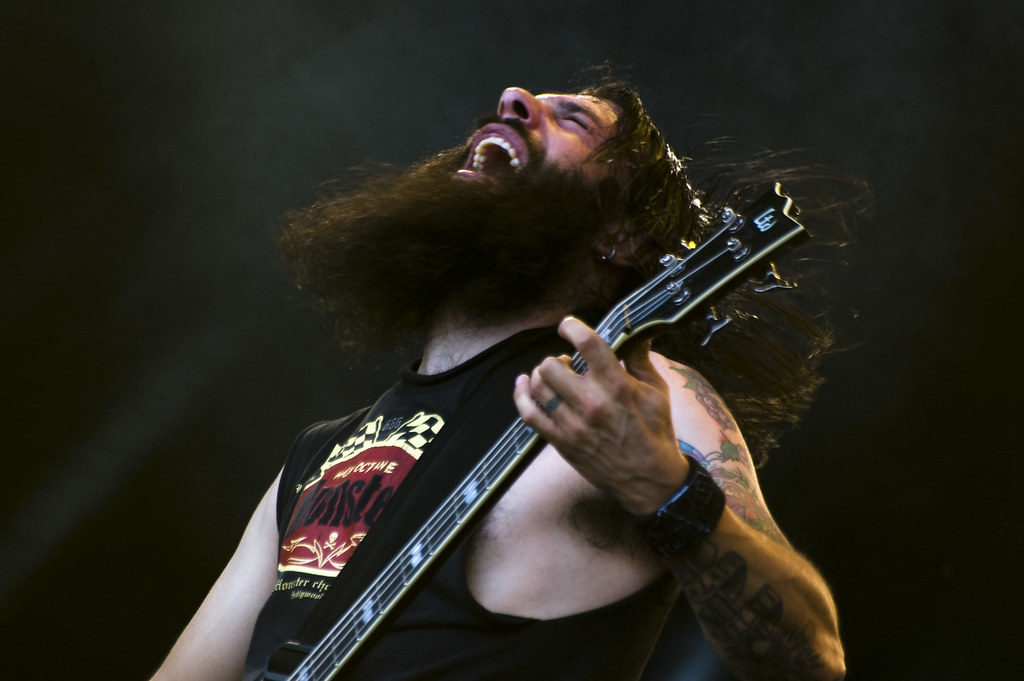