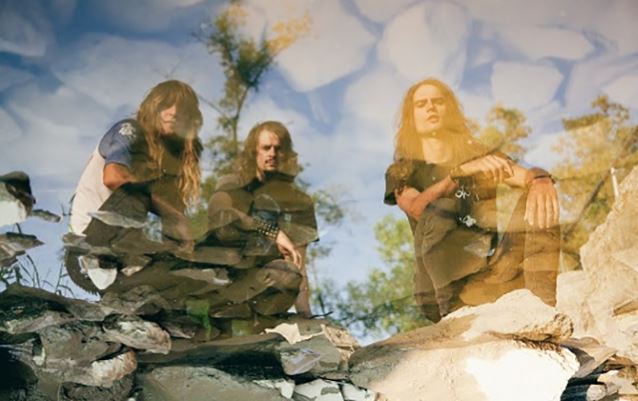 Toronto, Ontario, Canada metallers CAULDRON have signed with The End Records for the release of their fourth studio album, "In Ruin".

Co-produced by Chris Stringer (RUSH, TIMBER TIMBRE), "In Ruin", scheduled for an early 2016 release, is sure to deliver more riffs, more attitude and more modern heavy metal classics while laying waste to all of the genre's imitators.

Says CAULDRON's Jason Decay: "We are quite pumped to finally see our new album release plans come to light and are quite excited about our new endeavor with The End Records.

"We were very proud of our last record, 'Tomorrow's Lost', so we had to take our time and make sure to top it with a proper follow up. I am confident we've accomplished that."

The band has toured the world with the likes of MUNICIPAL WASTE, DEATH ANGEL, NEVERMORE, DIAMOND HEAD, ENFORCER, and in the summer of 2013, were invited to play METALLICA's Orion Music + More festival in Detroit.

"Burning Fortune" was nominated for a Juno Award in 2012 while the video for the single "All Or Nothing" has been viewed over 460,000 times on YouTube to date and was featured in the video game "Rock Band".