"The Summer Slaughter Tour" 2019 will see the tour's first-ever triple co-headline bill, featuring CATTLE DECAPITATION, CARNIFEX and THE FACELESS all sharing the main event and performing full headline sets. RIVERS OF NIHIL, NEKROGOBLIKON, LORNA SHORE, BRAND OF SACRIFICE and the "Headbang For The Highway" winners will join as support.

CATTLE DECAPITATION is currently tracking its new album, due out late 2019 via Metal Blade Records. Fans who attend this year's edition of "Summer Slaughter" will be one of the first to get a taste of this new material. 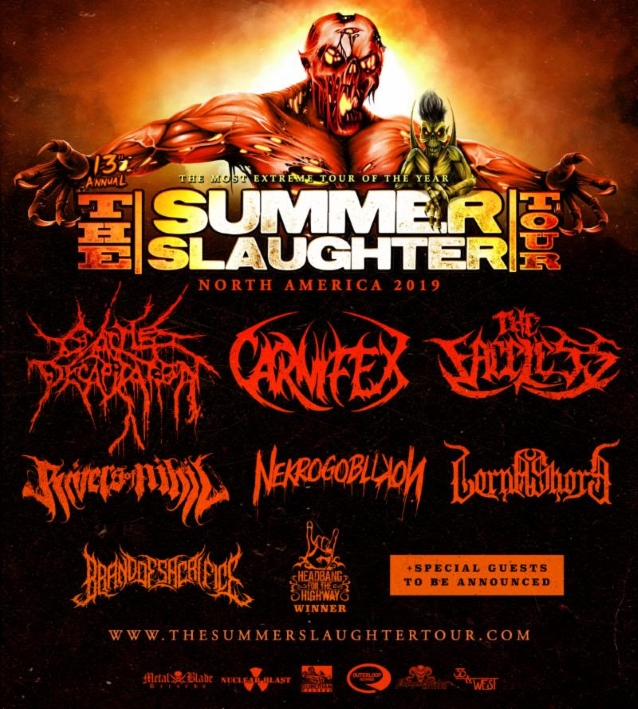