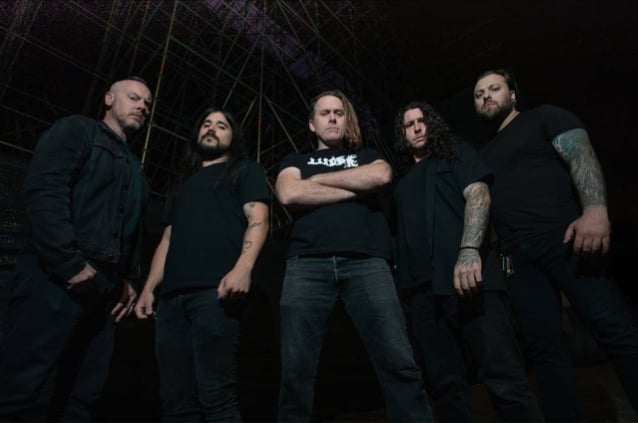 This November/December, CATTLE DECAPITATION will headline the North American "Geocidal Tendencies" tour featuring support from ATHEIST, FULL OF HELL, PRIMITIVE MAN, AUTHOR & PUNISHER and VITRIOL. The extensive trek will kick off just before the release of CATTLE DECAPITATION's long-awaited ninth studio album, "Death Atlas", due out November 29 via Metal Blade Records. Additionally, the band will headline the official Decibel Magazine Metal & Beer Fest Los Angeles pre-party, which takes place on December 12 at The Regent in Los Angeles, California. ATHEIST, PRIMITIVE MAN, AUTHOR & PUNISHER and VITRIOL are once again joining the bill as support.

Comments vocalist Travis Ryan: "It's that time again! We've put together quite a lineup for our first headlining tour for our new album 'Death Atlas'! In the spirit of diversity and keeping things interesting, we'll be hitting the road this November with ATHEIST, our hometown buddy AUTHOR & PUNISHER, with FULL OF HELL and PRIMITIVE MAN switching on some dates — plus, kicking off the festivities every night will be Portland's VITRIOL! Our new album will be out, and we'll be ripping through tracks on it nightly and playing some others that we haven't done in a while. Don't miss this absolute monster of a tour." 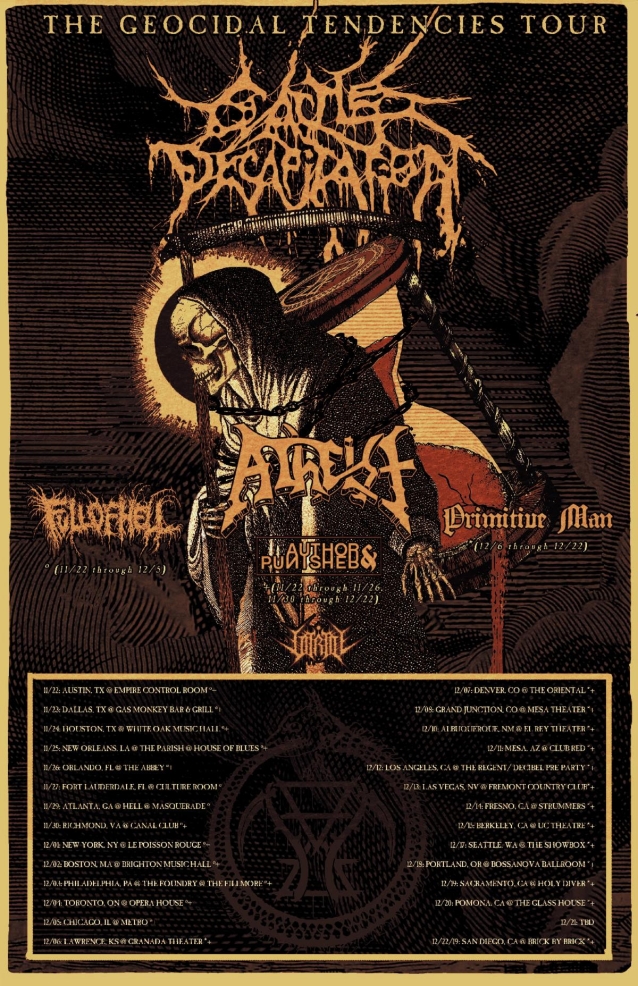