Metal Mind Productions will release a special limited-edition version of "We're Going To Hollywood For This - Live Perversions", the first-ever DVD release by Norwegian black metal legends CARPATHIAN FOREST, on April 27 in Europe and July 14 in North America (via MVD). The main feature of the DVD, recorded in Kraków in 2004, is accompanied by a massive collection of unique bonus tracks, both audio and video.

"We're Going To Hollywood For This - Live Perversions" DVD+CD is limited to 2,000 copies.

For the complete track listing, go to this location. 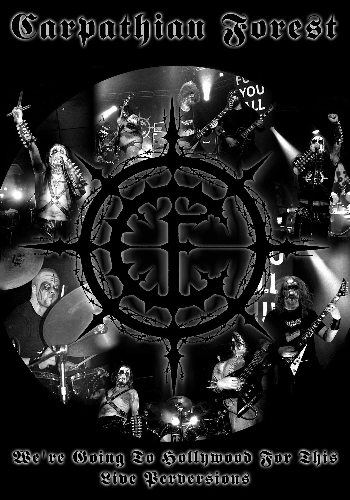