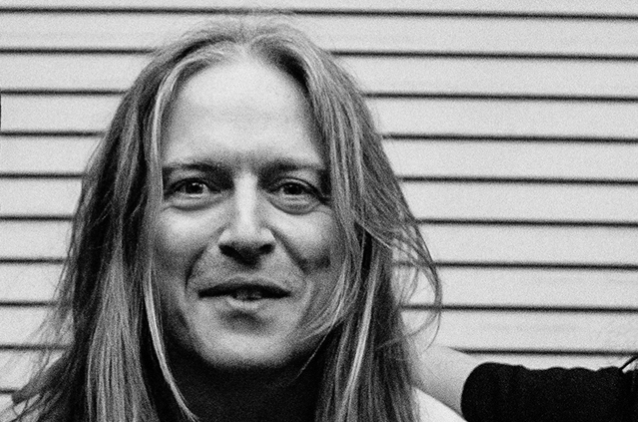 Bill Steer of CARCASS, whose 1993 album "Heartwork" is considered a landmark album in the melodic death metal genre, was asked during a recent interview with the "Everblack" podcast if he is aware that THE USED about to release a new LP by the same name. He responded (hear audio below): "I did hear about it. I think it's just funny. I don't know much about that band, and clearly they don't know much about us. I certainly don't feel angry — I don't think any of us would. That's comical. We can't copyright that phrase or those words, so they're welcome to it."

As previously reported, CARCASS has set "Torn Arteries" as the title of its new album, due on August 7 via Nuclear Blast. According to Steer, the name of the new CARCASS LP stems from a demo tape that the band's founding drummer Ken Owen recorded when he was still a teenager. "He had a fictitious band called TORN ARTERIES and he recorded everything himself in his bedroom — guitar, and he'd actually bang on boxes and kind of scream into the mic," Bill explained to Australia's Heavy. "And the whole thing was so distorted, it kind of sounded super heavy, even though essentially you were listening to a guy with a Spanish guitar and a couple of boxes. I think Jeff [Walker, CARCASS bassist/vocalist] appreciates the connection to the past and the fact that it was another Ken Owen classic. So that was his choice, really, and it stuck."