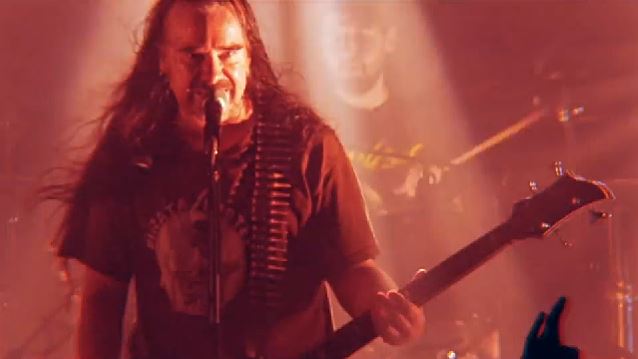 "The Granulating Dark Satanic Mills", the new video from British extreme metal icons CARCASS, can be seen below.

"Surgical Remission / Surplus Steel" will be made available on physical and digital formats on November 11 (North America), November 17 (UK) and November 14 (rest of Europe) via Nuclear Blast.

"We thought we'd make all the tracks available from the 'Surgical Steel' album session on an EP… just in case you bought the jewel case version, didn't buy the digipak, didn't buy the Japanese import, or maybe you never bought the Decibel magazine issue with the flexi disc? Well, here you go; ALL the songs on one disc along with an previously unreleased track. Even Trevor Strnad's arm makes a guest appearance! Enjoy."

01. A Wraith In The Apparatus
02. Intensive Battery Brooding

01. A Wraith In The Apparatus
02. Intensive Battery Brooding

In a recent interview with AndrewHaug.com, Steer stated about whether he has begun thinking ahead to CARCASS' follow-up to "Surgical Steel": "There's plenty of incentive there. Speaking for myself, I would love to do another record. I've heard Jeff [Walker, bass/vocals] say similar things, and I know Dan [Wilding, drums] would love to. We're just gonna take it as it comes, really, 'cause, obviously, we're still some way into our touring schedule. We're not really gonna be done with that until… I don't know… towards the end of November, I think. So we can't realistically even look at new material until December. We'll take it from there. All I know is we would the next record to be very strong indeed, so as long as it takes, that's all I can say. Not that I am anticipating a long time in the studio, but we'll spend as long writing as we need to. You get very conscious of the passing of time, especially when you're at the age that Jeff and myself are at, so you don't wanna waste your time, or the audience's, with something that is mediocre." 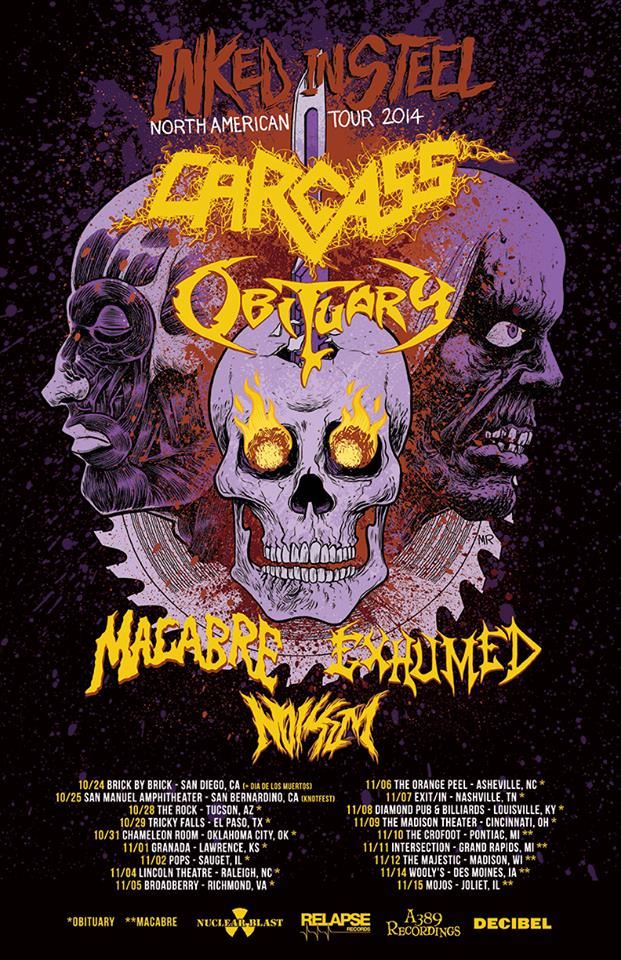