Florida-based death metallers CANNIBAL CORPSE are returning to Europe in April for a full tour. Support on the trek will come from KRISIUN and HIDEOUS DIVINITY.

Comments CANNIBAL CORPSE bassist Alex Webster: "We're psyched to be heading back to Europe for the final leg of the 'A Skeletal Domain' tour with such a crushing lineup of bands. Everyone knows the level of brutality our friends KRISIUN can deliver, and they'll soon see what HIDEOUS DIVINITY are capable of, too. We can't wait to get this three-band death metal bulldozer rolling. Europe, be ready!"

CANNIBAL CORPSE is beginning 2016 with one of the most bludgeoning death metal lineups fans will see all year. Fellow Florida death metal progenitors OBITUARY will serve as direct support, followed by Canada's CRYPTOPSY, and ABYSMAL DAWN from Los Angeles. The tour, presented by The Noise, will tear across North America beginning on February 12. 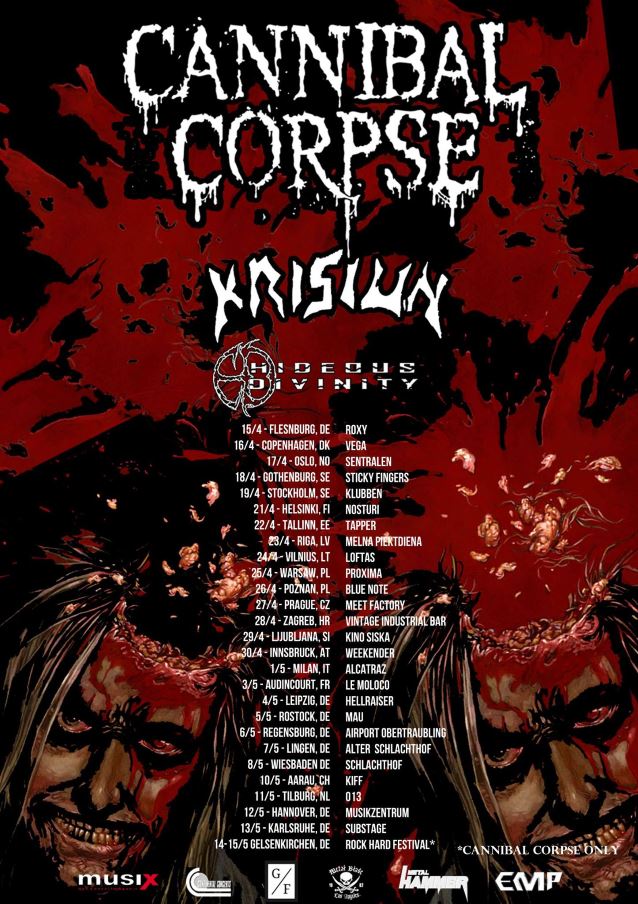