According to Interfax, CANNIBAL CORPSE's October 11 in Moscow, Russia was canceled at the last minute for "technical reasons."

"Everything was fine, and all the equipment had already been set up on stage. However, a few minutes prior to the concert's scheduled start, the organizer came out and told the audience that the show was canceled," said an eyewitness.

CANNIBAL CORPSE guitarist Pat O'Brien told C-Lebrity: "We played here several times [before], [and] there were no problems." Drummer Paul Mazurkiewicz added: "Nobody cared ever. We figured this was our sixth time here. So the other five times were fine."

CANNIBAL CORPSE's eight-date tour of Russia kicked off on October 2 in Krasnodar.

One month earlier, Polish extreme metallers BEHEMOTH had their concerts in Khabarovsk, Tomsk, Novosibirsk and Krasnodar canceled following a string of protests by Christian activists. 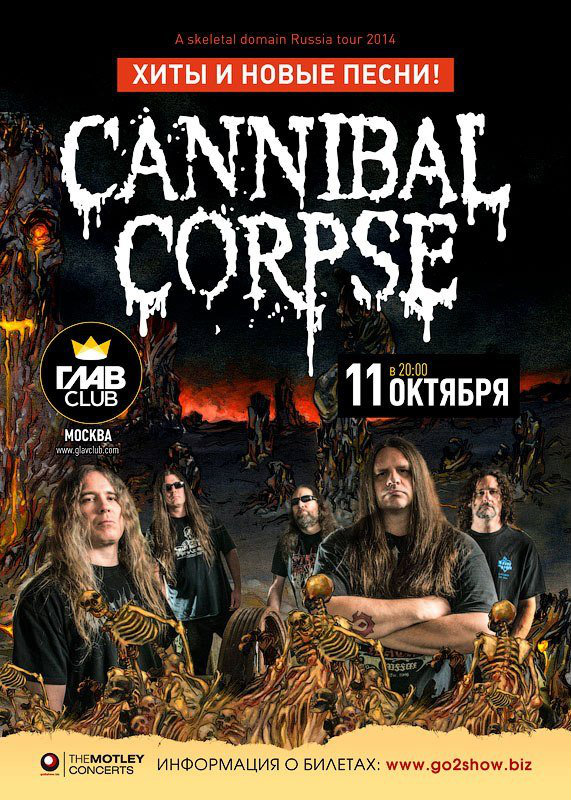