This November, CANNIBAL CORPSE will kick off a USA tour in support of the upcoming disc. Support on the trek will come from POWER TRIP and GATECREEPER.

"A Skeletal Domain" was produced by Mark Lewis (THE BLACK DAHLIA MURDER, DEVILDRIVER) at Audiohammer Studios in Sanford, Florida. 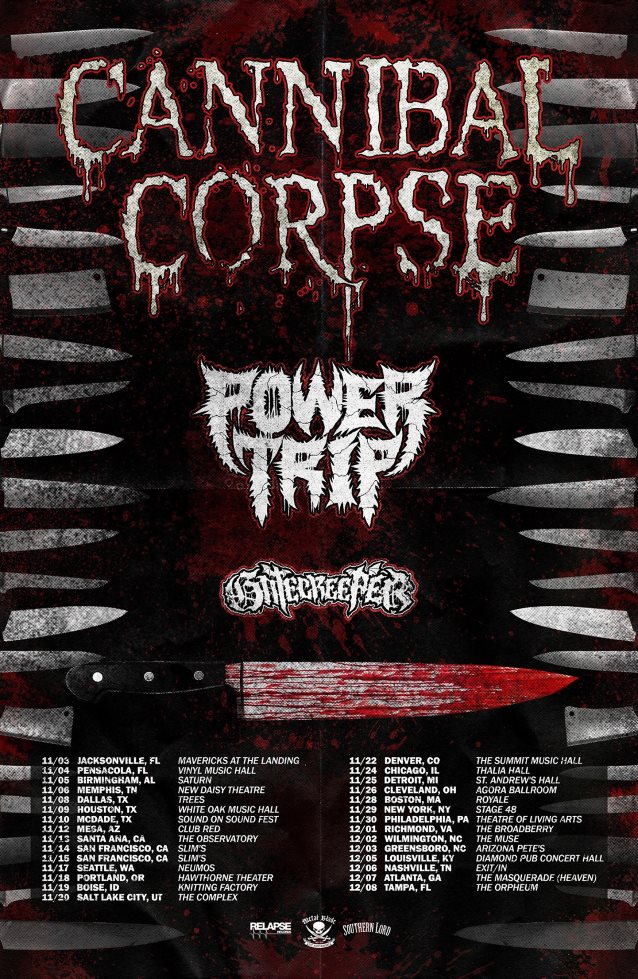