Erik Rutan made his live debut with CANNIBAL CORPSE at the opening show of the "Decibel Magazine Tour" on February 17 in San Antonio, Texas. He is playing with the band as the temporary replacement for guitarist Pat O'Brien, who was arrested in December for burglary and assaulting a police officer while his Florida home was in flames.

This isn't the first time these death metal powerhouses have worked together; Rutan has produced four albums with CANNIBAL CORPSE ("Kill", "Evisceration Plague", "Torture", "Red Before Black") and is uniquely equipped to fill the role — he is one of the death metal's most acclaimed guitarists and is known for his time as part of MORBID ANGEL (who are co headlining the "Decibel" tour alongside CANNIBAL) throughout the '90s and early 2000s, as well as handling vocals/guitars and production duties for his current band HATE ETERNAL. 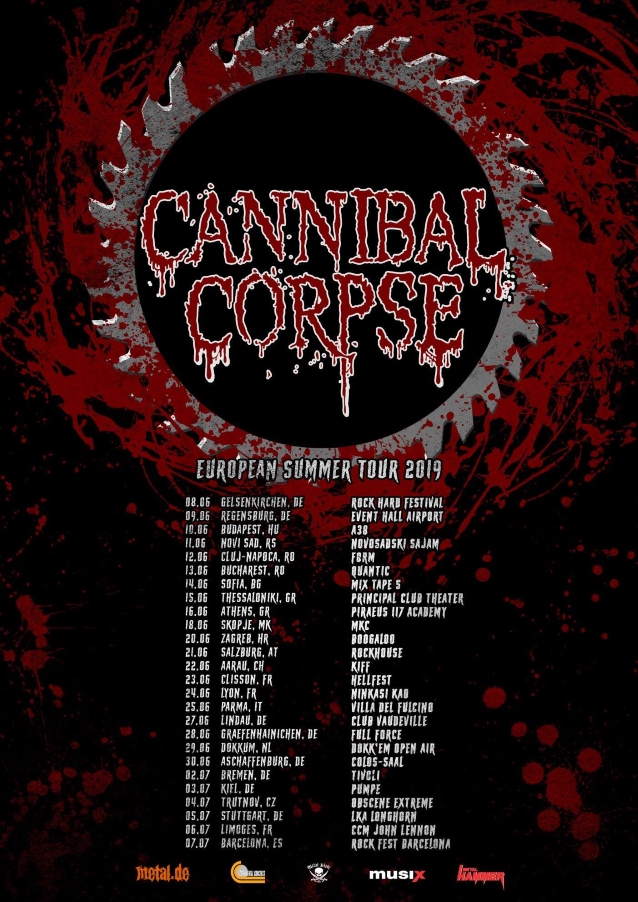