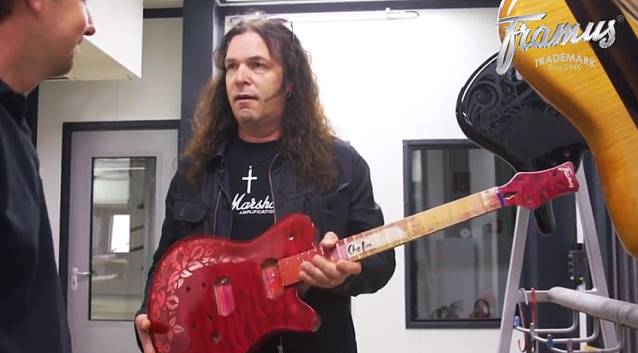 Guitarist Mats "Mappe" Björkman of Swedish doom metal legends CANDLEMASS was recently inivited to tour the Framus and Warwick headquarters in Markneukirchen, Germany. Check out video footage of his visit below.

CANDLEMASS will celebrate the 25th anniversary of its third album, "Ancient Dreams", with special live concert on December 28 at Debaser Medis in Stockholm, Sweden.

The LP, which was originally issued in 1988, has long been hailed as a classic and will be performed in its entirety by CANDLEMASS, which was last year voted Sweden's best rock/metal band of all time in Sweden Rock Magazine.