"Songs of Torment - Songs of Joy", the first solo album from CANDLEMASS and KRUX mastermind Leif Edling, is scheduled for release on March 10 via Candlelight Records.

Edling has always been unique in his songwriting, and "Songs of Torment - Songs of Joy" is, of course, no exception. The CD consists of eight monumental tracks, something Leif Edling calls minimalistic organ doom. It's slow and beautiful, but also black and epic like the album opener The Scar", and the colossal "It Is Not There". "Nautilus" is inspired by the Jules Verne classic "20,000 Leagues Under The Sea". And "On The Edge Of Time" is a poetic reflection over some old but fantastic HAWKWIND album cover art.

"Songs of Torment - Songs of Joy" was created in periods during the last year. Edling has nursed his moments of inspiration, which has lead to recording sessions in several different studios. Leif's vocals were laid down in mixer Stefan Fandén's bedroom, keyboard among colourful exotic fish in KRUX keyboardist Carl Westholm's studio, and bass and drums (by TIAMAT's Lars Sköld) in a more traditional studio environment. The guitars on the CD were tracked by Björn Eriksson and Chris Laney.

"You don't need an expensive studio to make cool music. Some friends and a creative perspective is enough," says Leif.

Check out audio samples at www.myspace.com/leifedling. 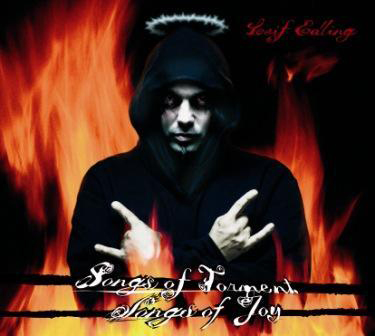