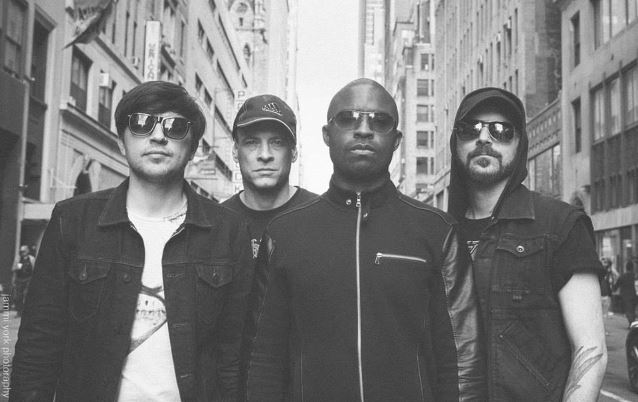 Since forming in 1992, CANDIRIA has released seven full-lengths CDs, two EPs, and survived a serious van crash in 2002.

CANDIRIA's John LaMacchia comments: "The band is extremely excited to be a part of the Metal Blade family. We couldn't think of a better way to forge ahead with a new chapter in our career.

"We have a new album in the works and we definitely plan to hit the road in support of it.

CANDIRIA's Michael MacIvor adds: "Metal Blade have been at the forefront of extreme music since I was a kid. Just like CANDIRIA, they have always pushed the boundaries of music, and have trusted their gut instincts.

"I can't think of a better place to call home for the future of CANDIRIA. We are extremely happy to be a part of the Metal Blade family."

Metal Blade Records CEO Brian Slagel comments: "I am really happy to welcome CANDIRIA to the Metal Blade family! I have been a huge fan during their career and very excited to work with them."

Metal Injection has debuted a new CANDIRIA mini-documentary that gives fans a glimpse of the current state of the band, and also reflects on the events that led them to this new chapter. The video serves as a perfect introduction for the uninitiated, as well as a fresh take for old fans. Watch the video below.

CANDIRIA will perform this Sunday, September 27 at Saint Vitus in Brooklyn, New York.