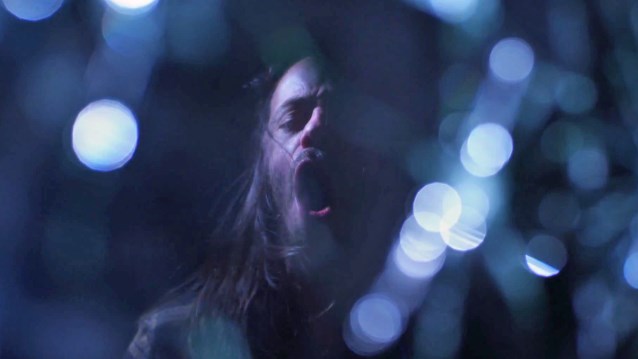 Canadian hardcore-punk-metal band CANCER BATS will release its fifth studio album, "Searching For Zero", in the U.S. on March 10 via Metal Blade Records. The CD features 10 tracks, including "True Zero", for which the Jim Agapito-directed video can be seen below. The iTunes version of the album will include two exclusive tracks titled "Kill Me Please…" and "Rust and Bone".

Produced by Ross Robinson (AT THE DRIVE-IN, SLIPKNOT, THE CURE, SEPULTURA, GLASSJAW), "Searching For Zero" is simultaneously the most melodic, yet menacing CANCER BATS release. The record incorporates the crude hardcore punk of their 2006 debut, "Birthing The Giant", and more metal leanings of 2008's "Hail Destroyer", while pushing the heavy hybrid sounds of 2010's "Mayors Bears Scraps And Bones" and 2012's darker "Dead Set On Living" to a new plateau. The choruses are hookier, the screams more savage, the riffs more vicious, the songs more powerful.

Inspired by both Robinson and their metal idols BLACK SABBATH, whom they cover extensively under their alter ego, BAT SABBATH, CANCER BATS' 10 songs that make up "Searching For Zero" boast a more raw and organic tonal signature than any previous BATS release. Robinson brought a bare-bones aural aesthetic to the material, capturing a sound that unites the thrashy metal-tinged hardcore of the bands previous releases with a meaty lo-fi intensity, found only in their live shows amongst the sweaty masses. The melodic elements both musically and vocally were inspired by the bands love and admiration of BLACK SABBATH.

"In learning all those SABBATH songs, I ended up having to figure out how to really sing," laughs lead vocalist Liam Cormier. "In the studio Ross was the one really pushing me to use that new voice I had discovered."

Thematically, "Searching For Zero" comes from a place of heavy contemplation for its creators, and at times, that contemplation grew grim and dark. In the end, the result is an acceptance of the realities that come with pursuing a passion, leaving CANCER BATS with a reinvigorated drive to do right by themselves and the people that have followed them this far.

"We were coming out of what was a really heavy year for all of us, with a lot of challenges, non-stop touring and the deaths of people really close to the band. With all of these things we've had to deal with this past year, we were all at the point of saying 'no more bullshit,' we've dealt with everything, nothing is standing in our way," Cormier explains about the headspace he shared with his bandmates. "We've found our absolute zero, where there can no longer be a negative, and from that point, everything moving forward can only be positive" And that positivity — that willingness to change what you can and let go of the rest — is the source of resolution. "There are real reasons we do this," Cormier says assuredly. "We love being in this band, and we love the people that we're lucky enough to share this with."

Since first turning heads in 2006 with the release of their critically acclaimed debut, CANCER BATS — made up of Cormier, guitarist Scott Middleton, drummer Mike Peters and bassist Jaye Schwarzer — have arduously and unrelentingly toured across the globe, averaging 300 shows a year in both 2011 and 2012 alone. Truly one of the hardest working bands in rock, CANCER BATS have graced the covers and pages of countless tastemaking publications, including Kerrang!, Exclaim!, Revolver, and Rock Sound and have been nominated for numerous awards from the Canadian Junos to Metal Hammer's Golden God Awards. 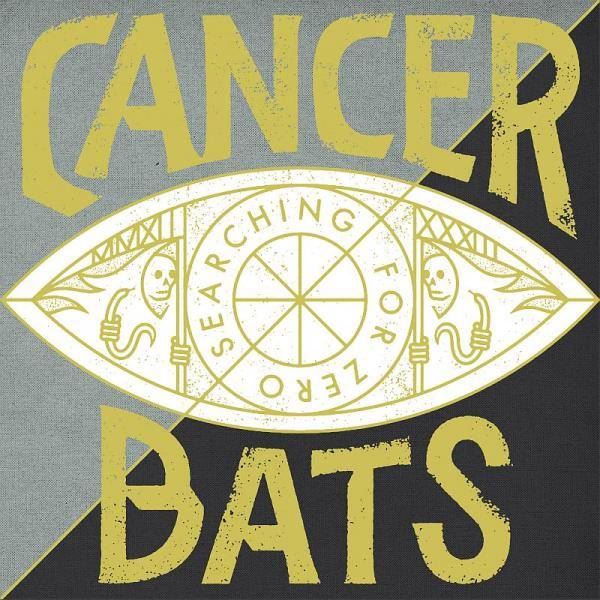