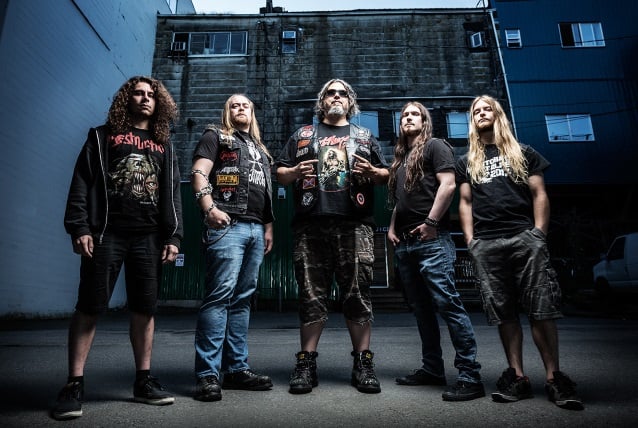 Canadian thrash metal veterans AGGRESSION will release their fourth album, "Feels Like Punk, Sounds Like Thrash", on May 25 via Dissonance Productions.

AGGRESSION was formed in the spring of 1985 in Laval, Quebec. They recorded the album "Forgotten Skeleton" in 1986 (which didn't see release until 2004). The "Full Treatment" album came out in 1987 via Banzai Records. During this time, the band regularly played with the likes of VOIVOD, ANVIL, D.B.C., SACRIFICE and CELTIC FROST, among others. The band was quietly put to rest in 1989. AGGRESSION guitarist Denis "Sasquatch" Barthe got the band together for two shows for a 20-year reunion in 2005. 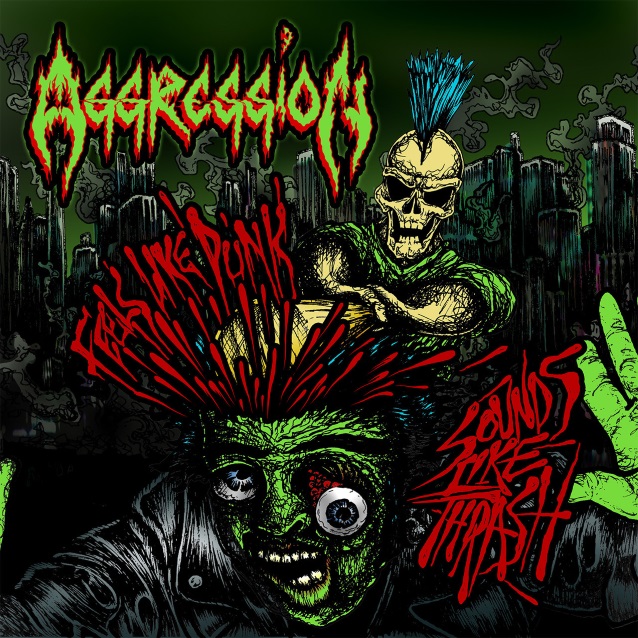