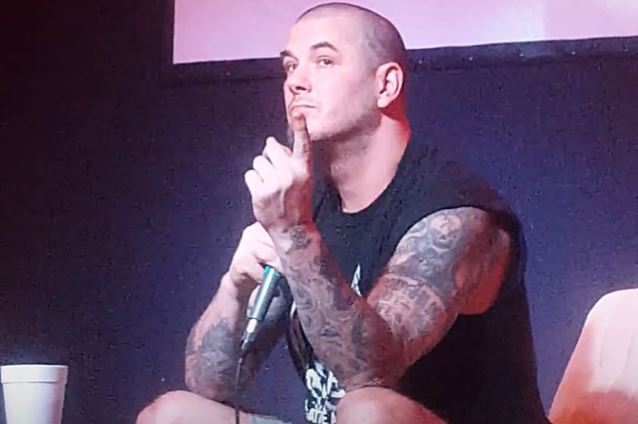 Philip Anselmo has once again commented on the possibility of a hypothetical PANTERA reunion with Zakk Wylde filling in for the late "Dimebag" Darrell Abbott on guitar.

During a question-and-answer session on June 26 at the Diamond Pub Concert Hall in Louisville, Kentucky, the former PANTERA and current DOWN singer was asked if he thought Wylde could fill Dimebag's shoes in PANTERA. Anselmo responded (see video below): "Zakk is such a badass fucking player, but I just think he's a different player, man — different style. And also, you've gotta remember, tonality comes into it — he has a different tone than Dime, you know? So there would be, I guess, so many things to tweak about what [Zakk] does to not fill [Dimebag's] shoes but actually play PANTERA parts. 'Cause there ain't no filling them fucking shoes."

Anselmo continued: "Make no mistake: Zakk Wylde is a fucking awesome motherfucker, down to earth, cool as shit, and can rip his fucking ass off. But I even said something to him after a show. I said, it's that grip. Nobody had Dimebag's fucking grip on that fucking axe — nobody."

Talk about a possible PANTERA reunion intensified when Anselmo regularly joined Wylde's BLACK LABEL SOCIETY to perform PANTERA's song "I'm Broken" during DOWN's 2014 stint on the "Revolver Golden Gods Tour". That buzz only got stronger after former PANTERA bassist Rex Brown joined the jam on May 23, 2014 when the tour swung through Texas (see video below).

Former PANTERA drummer Vinnie Paul Abbott has consistently shot down any talk of a hypothetical PANTERA reunion, telling Brazil's Wikimetal back in 2014: "The bottom line is they call it a reunion, and that means to bring the original members back, and we can't bring Dime back, and he was such a huge part of PANTERA. I don't wanna damage or tarnish the legacy of him or the band. We had 14 amazing years together and it's time for everybody to move on. And I have definitely moved on in my life. I don't live in the past. I like to live for today and what's coming up tomorrow, and I love what we're doing with HELLYEAH. And that's my focus and that's my goal, man."

Vinnie Paul later weighed in even less enthusiastically on the subject, telling Revolver magazine: "If you had an ex-wife, and it was a pretty bitter split, you might not ever want to talk to her again. Who cares if everybody in the family and your friends want you to say hello again? It's your choice whether you want to do it or not. And I think a lot of people are selfish. They say, 'Oh, he oughta just kiss and make up with Phil and everything will be cool. And then they can go get Zakk Wylde and everything's gonna be great.' No, everything's not gonna be great." 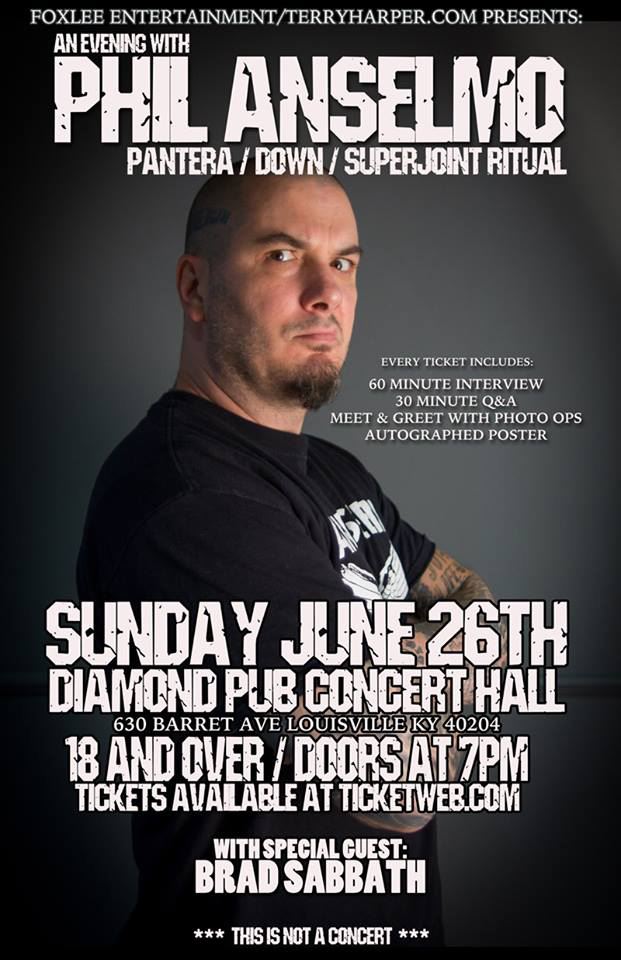