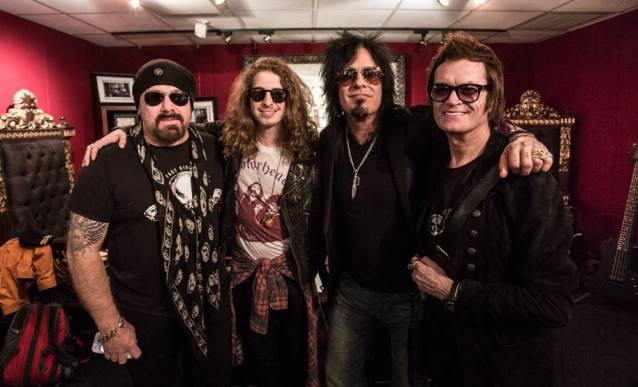 CALIFORNIA BREED, the new band of 2014, built around the foundation of legendary vocalist-bassist Glenn Hughes, drummer extraordinaire Jason Bonham and 23-year-old newcomer guitarist-singer-songwriter Andrew Watt, was interviewed on a recent edition of the "Sixx Sense" radio show hosted by MÖTLEY CRÜE and SIXX: A.M. bassist Nikki Sixx. You can now listen to the chat below.