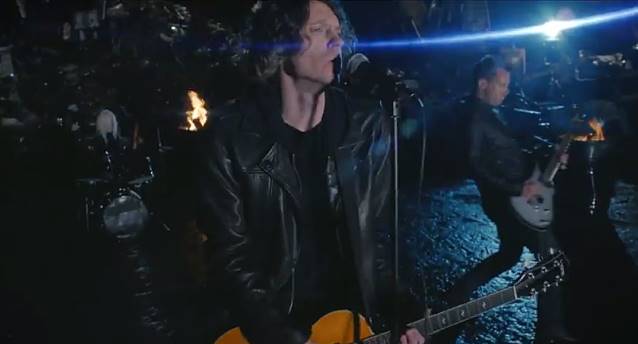 "Trouble", the new video from BY MAKER, the collaboration between Geno Lenardo (FILTER, DEVICE) and Daniel Davies (YEAR LONG DISASTER), can be seen below. The song is taken from "I, Frankenstein – Original Motion Picture Soundtrack", which was released digitally and on CD on January 7 via Lakeshore Records.

"'Misgiving' was the first song we wrote for the project," said Davies. "The song is about the exile the monster experiences while looking at the lives of others, seeing their experiences from a distances and coming to terms with immortality and what his role is."

The second original song featured in the film, "Trouble", "hits on some of those same themes the monster is put in to a position he doesn't not want at first then figures out what role he must play what role we all play," Davies said.

In addition to "Trouble" and "Misgiving", BY MAKER contributes eight additional original tracks to the soundtrack, inspired by "I, Frankenstein".